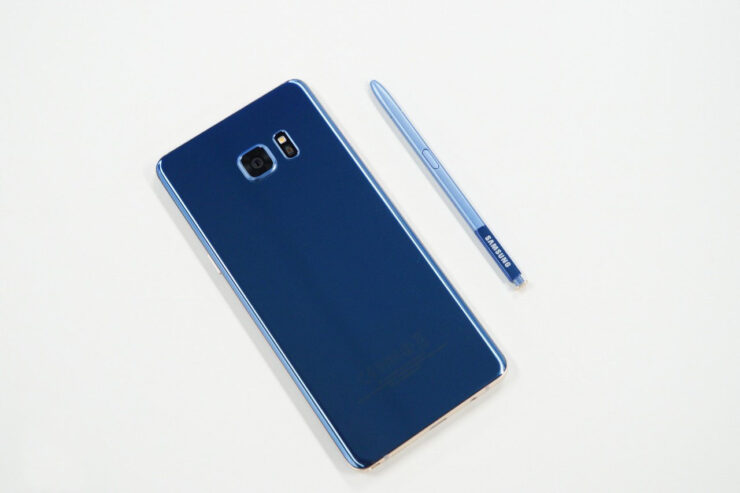 A fan-made wireframe of the Galaxy Note 8 hits all the right boxes in solving the design issues that were plaguing the Galaxy S8 and Galaxy S8+. Despite being one of the best devices crafted for 2017, it looks we should be expecting some thorough improvements in the form of the Galaxy Note 8, and according to the latest images, it looks like Samsung should be taking some important key pointers in improving the handset as much as it possibly can.

One of the things that the Galaxy S8 and Galaxy S8+ were heavily criticized for was the positioning of the fingerprint reader, but it looks like the latest images that you see before you seemed to have solved that problem. According to the images courtesy of Slashleaks, one of the very first things that will catch your eyes is the dual-camera setup, where the two lenses are placed on top of each other.

As for the fingerprint reader, it is placed slightly below the cameras, meaning that it will be much easier for the user to unlock their devices. Since the Galaxy Note 8 has been rumored to come with a 6.3-inch screen, it will become even more difficult to mount your finger on the sensor, so that’s a welcome change. More details show that there is also a dual-speaker system present, but their positioning is far different than what we were expecting.

There aren’t dual-front-facing speakers because that would mean a lot of bezels would be required in order to make this change. Instead, one speaker grill is present at the top, while the other grill is at the bottom. Though I personally am not a fan of this approach, it is a far better image than seeing a single speaker grill on Samsung’s flagship family.

We’re not saying that the upcoming phablet is going to look exactly like this, but it will not hurt Samsung if it can take some important pointers from this wireframe.