Wondering about how the Galaxy Note 5 could end up looking like? Samsung's upcoming phablet has been the center of mobile news for the past couple of months and rightly so. The annual Galaxy Note upgrade from the Korean electronics manufacturer is seeing several interesting twists this time, starting from oft repeated claims of an earlier launch. This is also coupled with a one of a kind processor which should help Samsung reduce it's thickness even more. But today's post is about the Note 5's design, as it sees coverage from every angle courtesy of some new case renders.

As we've been telling you for quite a while now, case manufacturers often get the best inside scoop on upcoming devices owing to the need of manufacturing and designing their offerings earlier on. And just as has been the case (no pun intended) already, some more images of the Galaxy Note 5 in case renders have surfaced today, but they're some of the best looking device renders that we have seen so far.

As you can see in the image above, this year's Galaxy Note will come with a remarkably thin form factor. Samsung's 2015 flagship phablet has been rumored to come with an all metal design this time given the launch of the Galaxy S6 flagship duo earlier this year, and this ends up giving it a much needed top of the line, premium look. Aside from the thinner form factor, the days of removing and replacing your battery on the Note also now seem to be a thing of the past. On the bottom of the device, you'll be getting a headphone jack, a stylus bay, a usb port and speakers, while the volume buttons make it on the left and the sleep/wake button makes it on the right. 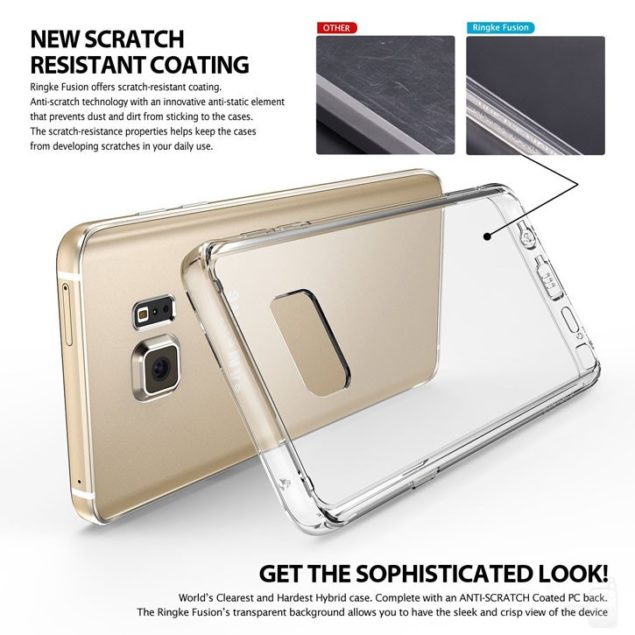 If we're correct, then what appears to be a SIM card slot has made it on the top of the device as well. The rear of the device features no changes this time, with the regular camera lens and flash being in place. But all in all, if these renders are correct, then the Samsung Galaxy Note 5 will be one impressive device indeed, when it comes to its overall form factor and design. Rearth's case images also inadvertently manages to highlight the Note 5's thickness, which if the measurements in the image below are correct, would turn out to be 6.33 mm, making the Galaxy Note 5 an incredibly thin device.

And if Samsung manages to keep it heavy on the specifications end as well, then it should see a very favorable market response. Stay tuned, and let us know what you think in the comments section below.