Galaxy Note 10 Renders Play Off On Speculation And One Report 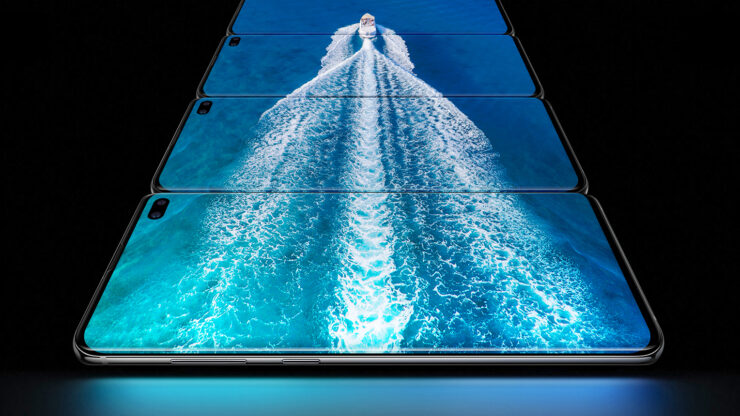 Samsung's Galaxy S10 lineup comes with several new technologies on board, which set the smartphones up nicely for 2019. The current generation of flagship smartphones started with the launch of Apple's iPhone XS, iPhone XS Max and iPhone XR, with the S10 lineup being Samsung's response to the Cupertino based tech giant. Now that the S10 smartphones are official, we can start guessing about what to expect from Samsung's second flagship gadget launch for 2019. Right now, details for the next phablet are scarce, which is expected. However, we do have some information that's surfaced on the interweb recently. Take a look below for more details.

As detailed information for the Samsung Galaxy S10 is surfacing from analysts, we're starting to understand the changes made by the company on its smartphone. Samsung has a strong lead over every other gadget manufacturer in two important areas. These are display and memory manufacturing. The former allows the company to introduce heavy-duty display panels on the Galaxy S10. The latter has allowed it to upgrade the S10 lineup's RAM and storage without incurring significant additional costs.

Speaking of which, a crucial point to note right now is that the Galaxy S10 smartphones do not feature UFS 3.0 memory. UFS 3.0 will start becoming available in April, and so it's natural to expect that it will feature on the Galaxy Note 10 instead. Additionally, the only credible report for the Galaxy Note 10 that we've seen so far promises a feature similar to Samsung's 5G Galaxy S10.

According to the good folks over at Sammobile, the Galaxy Note 10 will feature four different sensors as a part of its rear camera setup. While Sammobile fails to clarify whether one of these four sensors will be ToF - as is the case on the 5G Galaxy S10 - we strongly believe that this will be the case. ToF sensors do not measure their input in terms of megapixels, and as a result, allow companies to use other sensors with up to 48MP pixel input. This is why Samsung can technically use four sensors on the 5G S10's back, and since the Galaxy Note 10 will feature similar processing hardware, the company will follow similar suit with this year's phablet.

Finally, Phonearena has decided to take a wild guess on how the Samsung Galaxy Note 10 will look. The publication uses Sammobile's report to show the Note 10 with a quad rear camera setup, and it assumes that Samsung will also introduce a ToF camera on the front of the Galaxy Note 10. Additionally, if you take a look at the bottom of the device that's present in these images, you'll see that it features a 3.5mm earphone jack. Since we've yet to see any credible leaks for the Galaxy Note 10's design, you're well advised to take the images as purely speculative in nature.

Thoughts:? Let us know what you think in the comments section below and stay tuned. We'll keep you updated on the latest.