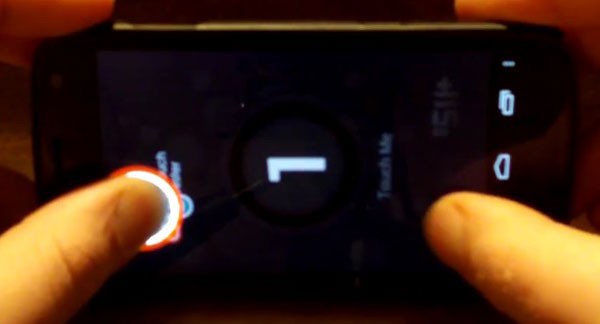 To say that Galaxy Nexus has had a troubled launch would be a bit of an understatement. The phone is already set to receive it's third software update that fixes a host of bugs. The volume issue has already been fixed by Google in a previous update. However now users over at rootzwiki are reporting weird multi-touch issues. Basically when two points are touched on screen, the first one is no longer detected (or something to that extent). The bug only seems to appear in landscape mode and the only work around is to lock/unlock the phone. However the problem will return again. Lets hope it's a software issue and not a hardware one.