Galaxy J1 is the only device in the Galaxy J lineup which Samsung has announced but the Korean tech giant has other plans for the series. Not so long ago, Samsung patented the Galaxy J series which constituted of the Galaxy J3, J5 and J7 which were discovered in the USPTO. However, it seems that Galaxy J7 will make its way to the market soon in the form of a smartphone. 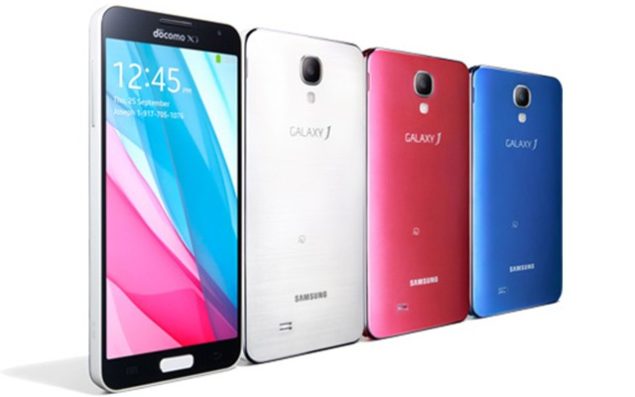 Some details have been found on the user agent profile on Samsung's official website which shows some specs of the mysterious device though they are a bit vague and final conclusions cannot be drawn upon them. According to the model number SM-J700F, we are sure enough to call it Samsung's next Galaxy J1.

The speculated details are rough and belong to the mediocre level which we will ponder upon. According to the spec sheet, the device has a 5.5 inch 720p display which would most probably have a price of about $225 according to Zauba import database. According to sources the device was sent to India for testing purposes before with the same model number.

Among the hardware aspects of the device, the chip powering the SM-J00F is a Cortex-A53 and has the maximum speed clocked to 1.5GHz. Even though there are not many details disclosed at the user agent profile for the device but it is said that the device would have a Snapdragon 410 CPU which as mentioned before is the hardware acquainted to be used in mid range smartphones. When we talk about the Cortex-A53, we do realize that the chip will support a 64-bit architecture.

The hazy spec sheet found on the user agent profile of the Galaxy J7 does not represent the true nature and appearance of the device, since most of the details are only subjective. Same goes for price, nonetheless, we hope the Galaxy J7 hit the market soon so much of its details can be explored. It is highly anticipated that the Galaxy J7 will hit emerging markets as was the case with the J1 of the same lineup. This is all guys, we hope the J5 and J3 to make its way to the market too. As for now, leave your thoughts in the comments below