South Korean company Samsung is prepping to release its Galaxy S6 Edge Plus and Galaxy Note 5, but before that, it wants to cater to the requirements of teenagers and their addicted selfie snapping nature. This is why the company has rolled out its Galaxy J7 and Galaxy J5, which happen to be Samsung’s first smartphone duo to pack front facing LEDs in order to capture a much more detailed image from the front camera sensor. Looks like teenagers have all the fun; literally. 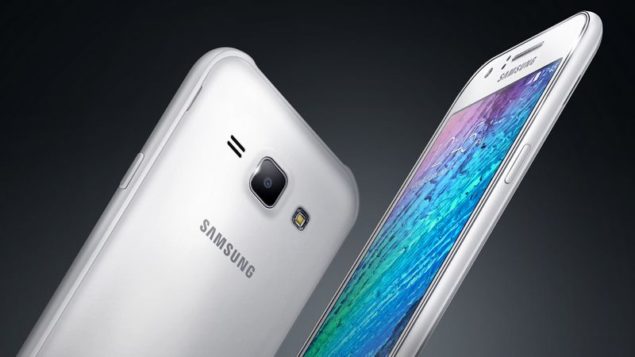 According to Samsung’s Chinese website, both Galaxy J7 and Galaxy J5 will currently be sold in the Chinese region from next week. With that notice, the company has not notified if it plans to cater to the requirements of millions of other teens residing in different markets. Galaxy J7 is going to be the better performer out of the two smartphones, and will also feature a 5.5 inch screen size, in contrast to Galaxy J5’s 5 inch one. As for the remainder of the hardware specs, they have been listed below, just for your convenience.

Both Galaxy J7 and Galaxy J5 will be running Google’s Android 5.1 Lollipop out of the box and will be available in the following color schemes: