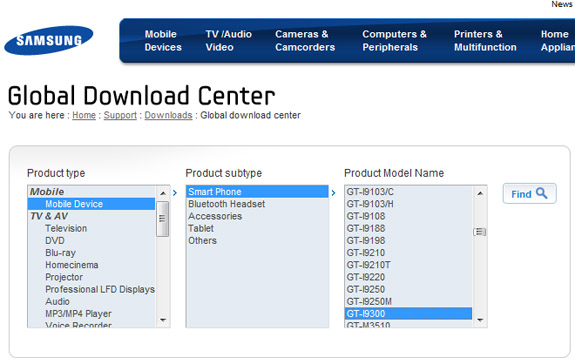 With Eldar revealing some details about Samsung's upcoming flagship, the Galaxy S III, the only question that remained was when will Samsung make it all official and when we will be able to see the device live. Well as far as official announcements go, it's still a no-go, but the addition of a certain 'i9300' on Samsung's webpage for current phone models certainly hints at an imminent announcement. Just as a refresher the i9100 is the Galaxy S II and i9250 is the Galaxy Nexus. It's only a few days left till MWC where we will hopefully see Samsung making Galaxy S III official.