Galaxy Fold 2 Will Be Cheaper Than Galaxy Fold, Releasing in August 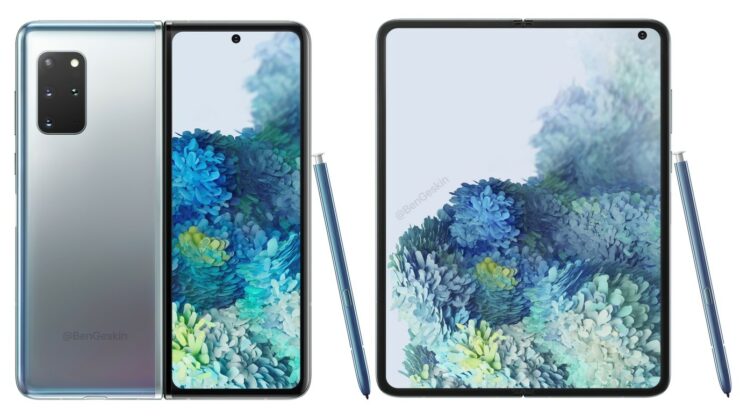 Galaxy Fold 2 should be revealed sometime this year. We already had a sneak peek on how the foldable is going to look in a recent leak, and it shows that Samsung is not abandoning the idea of a foldable smartphone altogether. The Galaxy Z Flip did show some improvements to the overall idea, but we are still a few years away from the time when foldable devices become a proper thing.

We have some fresh information on the upcoming Galaxy Fold 2; this time, we are looking at some camera specs as well as a lowered price tag.

The leak is coming from Ross Young, who is the CEO of Display Supply Chain Consultants (DSCC) and in a few tweets, he talked about some of the interesting information regarding the camera system on the Galaxy Fold 2. According to Ross, the Galaxy Fold 2's main camera will be a triple camera system bringing a 12-megapixel, 16-megapixel, and 64-megapixel lenses. You will have dual optical image stabilization as well, so that is an interesting thing to look at.

Last but not the least, we also had some information on the launch of the device. As per Ross, the Galaxy Fold 2 will be launching alongside the Galaxy Note series, and if we are to follow the past release dates of the Note series, we can speculate it happening sometime in August, later this year. With shipments starting in September.

More Galaxy Fold 2 Leaks:
Launch Date - We think it will be announced with the Galaxy Note Series which has been happening annually in August since 2015. We would expect shipments to start from September

The device is certainly looking like an interesting device. It also goes to show that Samsung has not given up on the Fold series despite releasing the Galaxy Z Flip earlier this year. It seems that Samsung will be keeping the Fold series of devices in tandem with the Note series, whereas the Flip series will remain with the S series of smartphones.