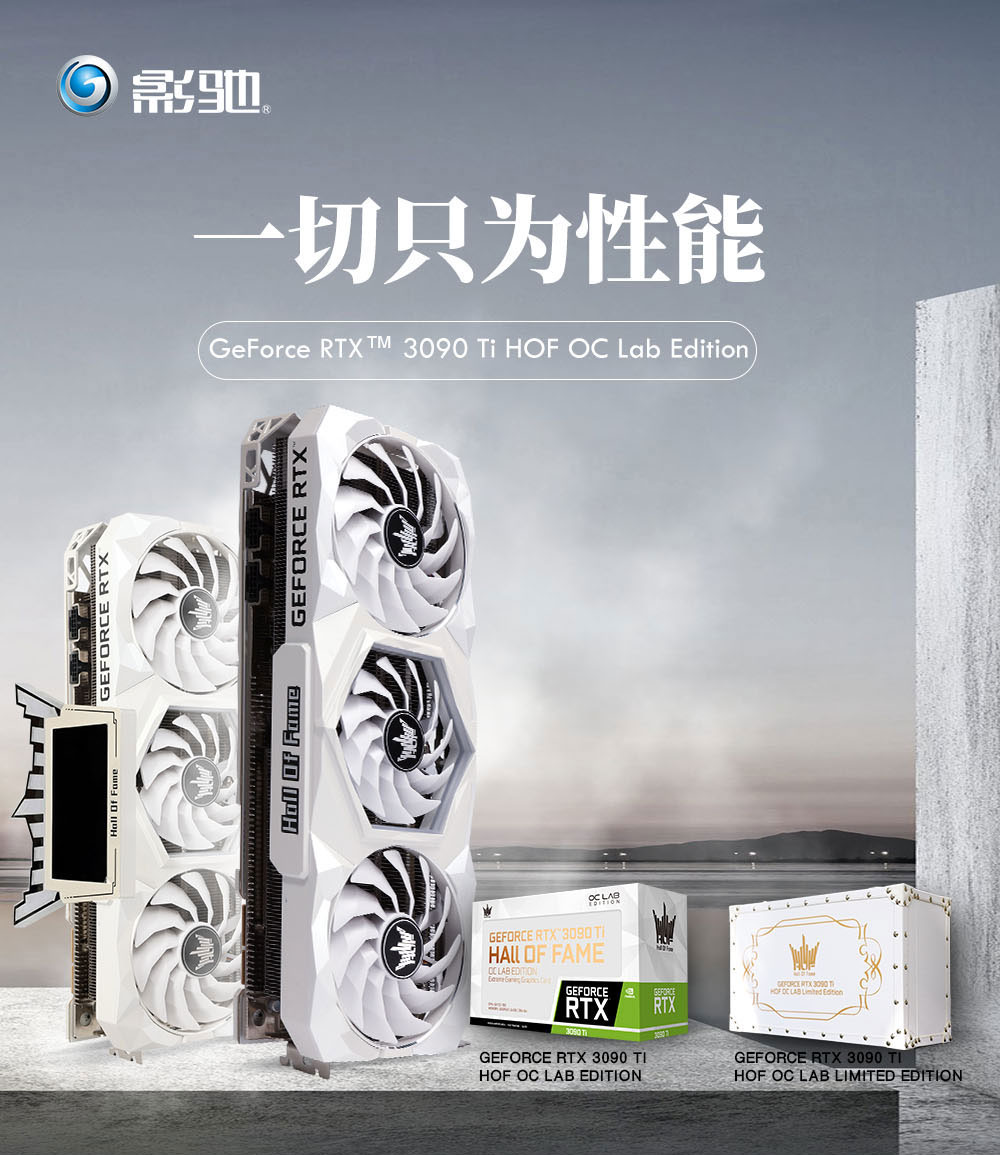 NVIDIA's GeForce RTX 3090 Ti graphics card is official and AIBs have released some insane custom variants but GALAX is going one step ahead with its flagship HOF OC variant.

The NVIDIA GeForce RTX 3090 Ti reference design already rocks a TGP of 450W, a 100W increase over its Non-Ti brother but it's the custom models that push things to the limit with over a 500W TGP design. For certain cards, a single 16-pin connector won't be able to supplement the need for power and hence, Galax will be utilizing not one but two 16-pin connectors on their HOC OC LAB Edition graphics cards.

Being the most premium variant within GALAX's lineup, the GeForce RTX 3090 Ti HOF is a monster of a graphics card. Although it comes with a triple-slot heatsink design, the PCB beneath this triple fan behemoth requires dual 16-pin power connectors to boot. A single 16-pin connector requires a triple 8-pin connector array so this setup would require six 8-pin connectors at your disposal. Since this is an overclocking-specific variant, it is likely those who will be using this card to set records will be using a separate power supply just for the graphics card alone.

GALAX is advising a TGP limit of 516W for the GeForce RTX 3090 Ti HOF graphics card and it comes in two variants, the standard OC LAB Edition with a max clock speed of 1920 MHz using the P-mode profile and a Limited Edition variant which will operate at even higher clock speeds. One can expect a 1950 MHz clock from this variant. Given that there were custom BIOS profiles for the 3090 HOF that allowed for higher TGP limits, one would guess that overclockers will find a way to utilize the full 1200W power profile that this graphics card has to offer when under LN2 cooling.

Other features of the GALAX GeForce RTX 3090 Ti HOF OC graphics card include a 28 phase VRM design, the latest HOF Panel II side panel, a dual BIOS design, and a Hyper Boost profile. The PCB itself is colored white like the rest of the card, something the HOF series is known for and comes with a 14-layer design.