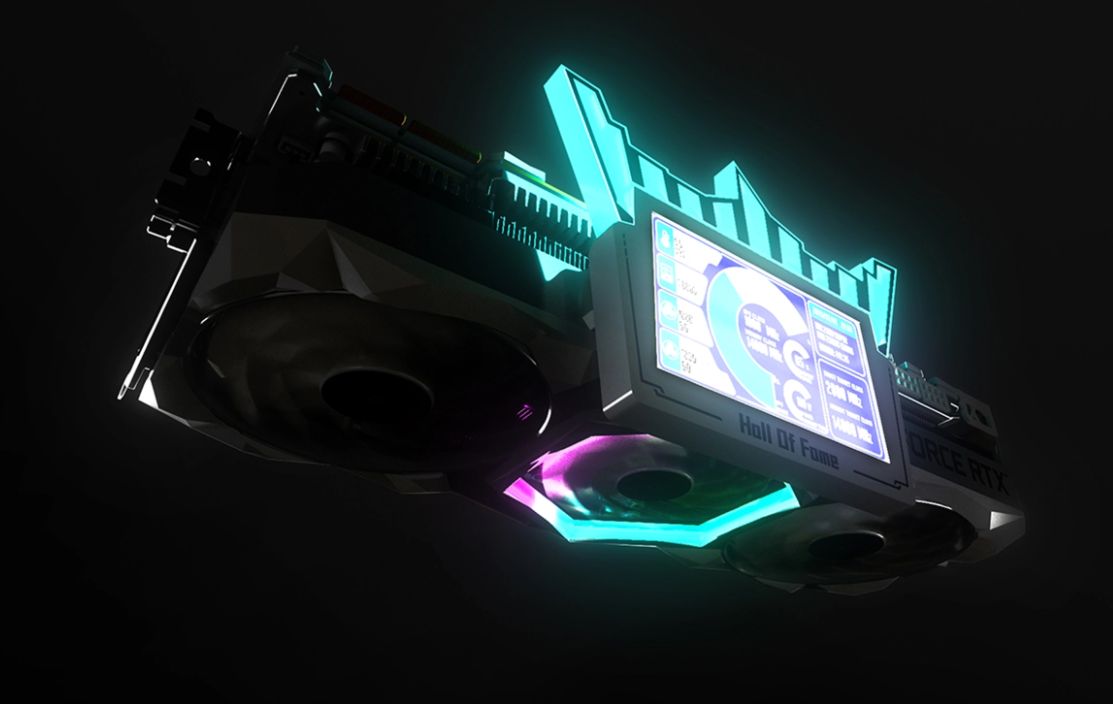 4 months ago, GALAX introduced the world to the GeForce RTX 30 HOF series graphics cards. Their flagship card is one of the best on the market and has many features. It comes in different flavors with the HOF standard, HOF Premium, HOF Limited Edition, HOF Extreme, HOF Extreme Limited Edition, & the HOF OC Lab Edition. It's certainly a lot of models, but they aren't going to come cheap with the most expensive known model is $3,999 (AUD 4,499).

Multiple features of the GALAX GeForce RTX 3090 HOF series fight to be the crown jewel, but it's hard to decide which one takes the crown. The first of which is the HOF Panel III. It is a 4.3" full-color TFT LCD that connects via USB with a 480x272 resolution. The display can be controlled through the HOF AI suite and the crown design around the display also has RGB. It sits on a triple-slot card featuring an all-white paint job and RGB throughout the card. The card features two 102mm fans and a central 92mm fan. All fans utilize the "WINGS" design that incorporates 11 fan blades.

The next feature of the GeForce RTX 3090 HOF series is a fully custom PCB that is white and made of a custom 12 layer outfit. The power delivery is a 14+8+4 phase power design. On top of that, it has a BIOS switch that changes the modes between Silent or Performance mode. To cool all of that, dual aluminum fin stacks are connected by a total of six 8mm heat pipes as well as a large vapor chamber base and several smaller heatsinks.

To back up the extraordinary price, this card is incredible at overclocking. The max TGP of the GALAX GeForce RTX 3090 HOF limited edition card is 500W and it features a max clock speed of 1875 MHz and the base variant has a clock speed of 1800 MHz. Those are respectable clocks, but the star of the show is the 16 world records it holds. Its been able to reach 3.015 GHz.

As seen on the listing on Australian eTailer MWave, the GALAX GeForce RTX 3090 HOF lineup starts at around $3,007 USD (AUD 3800), and the most expensive offering $3,999 USD (AUD 4,499). Only 3 models are shown in the listing, and the pricing is converted so it may be not what they cost when released in the US. However, it does give us a rough idea of how much it will cost.