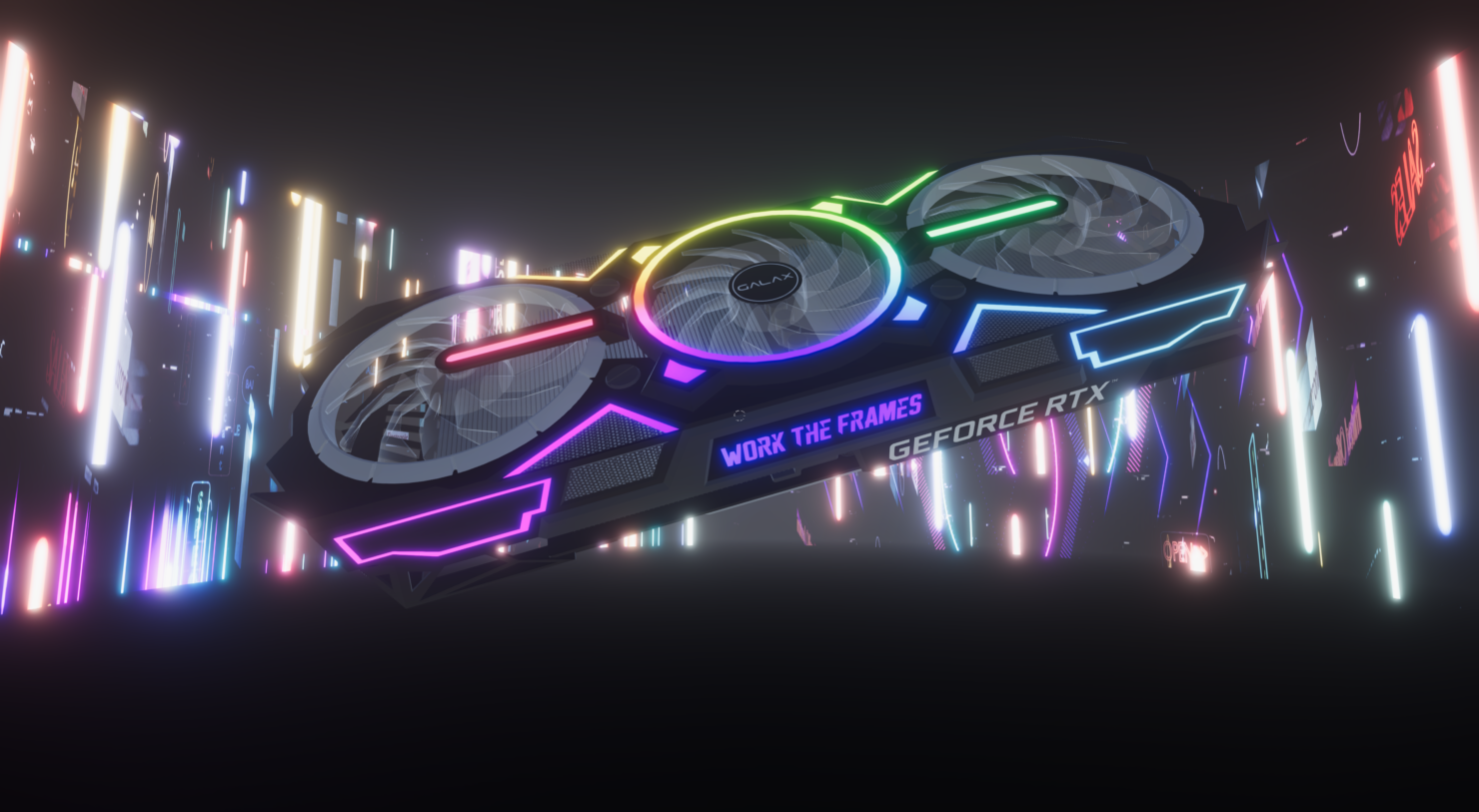 Earlier this month, we had reported that GALAX was hosting its Virtual Online Expo 2020 where they had showcased a range of new tech products including their flagship GeForce RTX 30 HOF series graphics cards. GALAX has now updated the Expo to also include its next-gen RTX 30 WTF (Work The Frames) series graphics cards.

The GALAX WTF (Work The Frames) series is a new lineup that was introduced with the GeForce RTX 20 series graphics card. The WTF series is a more premium offering that sits right below its flagship HOF series and comes with a more gamer-Esque style compared to the sleeker looks that the EX & HOF series have to offer.

It also looks like most GPU markers are virtually showcasing their next-gen graphics card designs. AMD was the first one to showcase their next-generation Radeon RX 6000 series renders virtually within Fortnite & GALAX seems to have taken inspiration from them.

Based on what we can see from the 3D render, the GALAX GeForce RTX 30 WTF series will utilize a massive triple-fan cooling solution that is at least a 2.5 slot design. The trio of fans will feature an acrylic design with a total of 12 fan blades each. The fan in the middle has a smaller diameter than the ones on the sides and that is to accommodate the spiral RGB ring that is featured on the outer border.

The sides of the card feature the 'WORK THE FRAMES' which is fully illuminated by RGB LEDs. From what I can tell, the shroud seems to be made out of plastic while the backplate comes with a solid metal design and features a really good aesthetic to it. The backplate had the WTF logo and a few LED accent points which look great. There's also a cut out at the very end to let air flow through the rear end since the shroud and backplate both extend beyond the PCB. 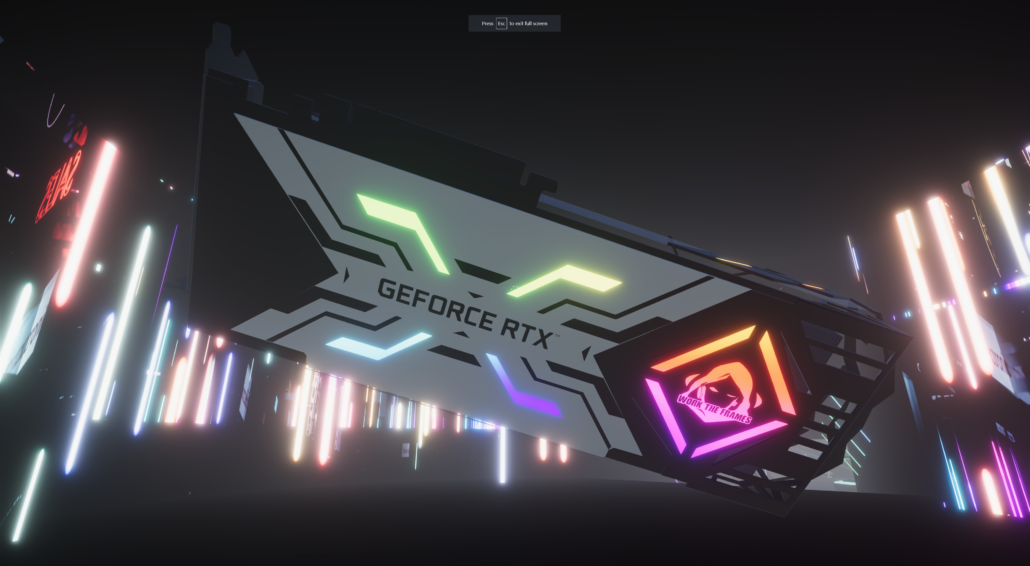 There's also an RGB accent point at the back of the card and also two side mesh grills. Display outputs on the card will include a single HDMI and 3 DP ports which is the standard RTX 30 series display configuration. There's no word on pricing and availability but we can expect to see all RTX 30 series cards to get the WTF treatment in a few months.