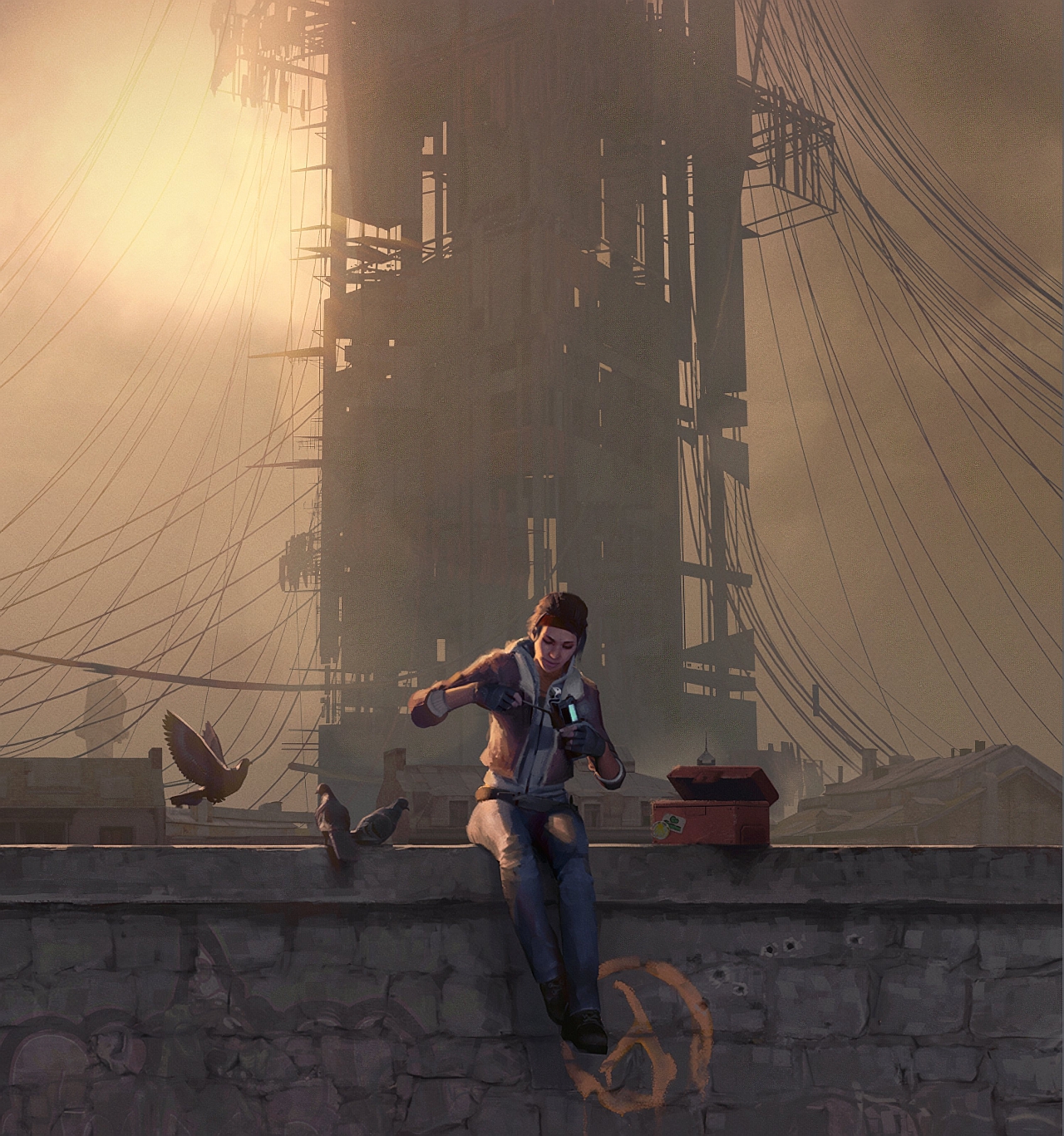 Half-Life: Alyx is very close to its release date now. The VR-only game developed by Valve will be available via Steam on March 23rd at 10 AM Pacific Time, though pre-loading is set to begin tomorrow for those who have pre-ordered the game.

Ahead of the big launch, IGN got the chance to talk to the elusive Gabe Newell, co-founder and president of Valve. During the lengthy video chat, Newell explained that the reception of Half-Life: Alyx is going to be more important to the developer than its sales, which will be obviously limited by the amount of VR-compatible headsets currently out there.

It's part of a progression, right? Half-Life games are supposed to solve interesting problems. And Alyx represents a collection of interesting problems and solutions that we can use. You know, maybe we're stupid, but we don't just crank Half-Life titles out because it helps us make the quarterly numbers. We deliberately avoid imposing that constraint on how we approach stuff. We can be right and we can be wrong, we make mistakes. We did Steam Machines, we did Artifact which was a giant disappointment, we screw things up. So, for us, this is actually a really powerful moment for us cause this, Alyx, is as good as we get and we want to know, we want to find out like, are we on the right track? We want people to come back and say 'Oh my god, the magic still is there, these guys at Valve can take this kind of experience and build something that opens our eyes as designers, that thrills us as players, that reviewers look at and say, No, this is legit'. And if it's not, then that's also going to be super powerful and super useful for us. I think we've nailed it. But we've been on this thing for a long time, it is time for it to go out into the real world. It's like, you know, you're sending your kid off to college. Let's see what happens. For us, it is incredibly important and part of our development. How everybody reacts to Alyx is going to tell us what the next generation of changes and improvements we're going to make. Unfortunately, failures are more educational than successes. I'm going for a little not education this time around.

How it does is incredibly important. I mean, the VR market obviously is constrained. So we're not like, expecting... It's constrained in terms of the number of devices that are out there in the world. So for us, it's much more about 'What are the fans saying? What did the reviewers say? What do other developers tell us about their reactions to it?' There's going to be a consensus that emerges and that matters a huge amount to us because this is how we figure out 'Are we on the right track? Are we moving in the in the direction that we need to?' So it matters incredibly. It's going to affect every conversation we have internally. For the next 18 months, it will be a reference to what worked and what didn't work on the release of Alyx.

Beyond Half-Life: Alyx, Newell briefly discussed his passion for researching brain to computer interfaces. He reckons we're 'much closer to The Matrix than people would think', in fact.

Personally, the area I'm spending a lot of time on, as it's been growing out of a bunch of research that occurred a while ago, is brain-computer interfaces. That's kind of long lead stuff.

You know, we're way closer to The Matrix than people realize. It's not going to be The Matrix, as that's a movie and it misses all the interesting technical subtleties and just how weird the post brain-computer interface world is going to be. But it's going to have a huge impact on the kinds of experiences that we can create for people. I think connecting to people's motor cortex and visual cortex is going to be way easier than people expected.

It turns out there that your brain has really good interfaces for some things and really badly designed, kludgy interfaces for doing other things, and the fact that your immune system gets involved in your perceptions of temperature means there are all sorts of weird parts of your brain that participate in that sensation of being cold, whereas things like your motor cortex, your visual cortex are much more tractable problems.