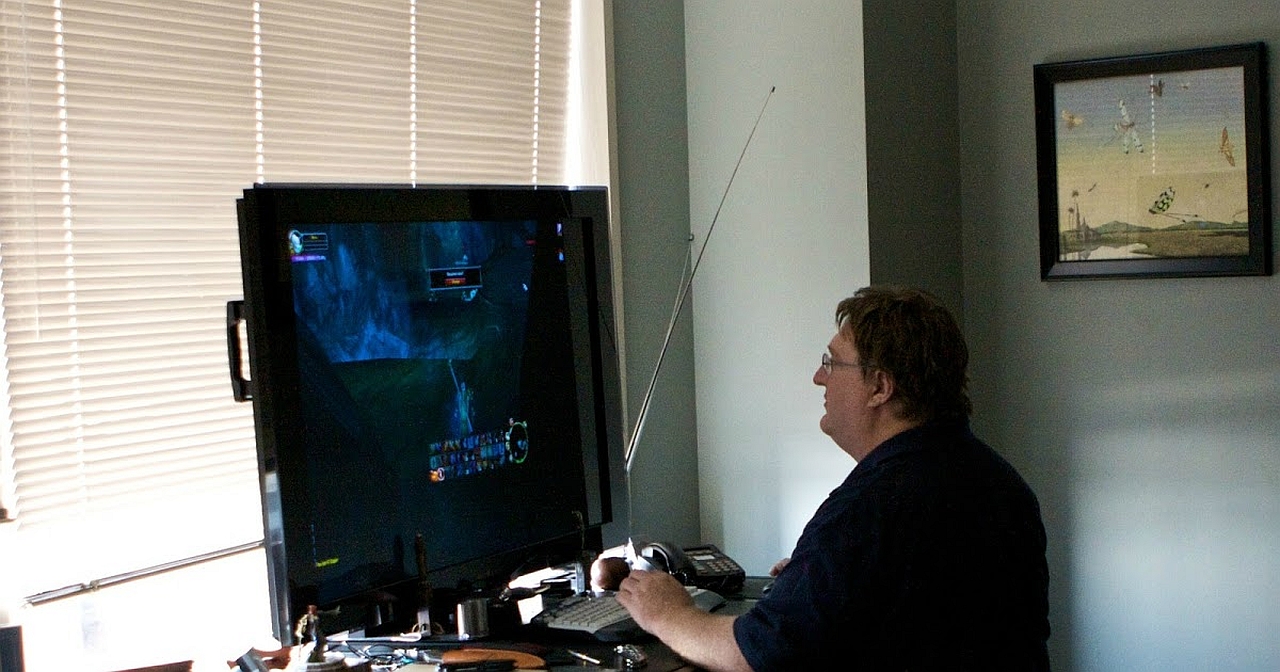 A picture of Gabe Newell playing World of Warcraft.

Did you ever think Gabe Newell, the billionaire co-founder and president of Valve, of someone who could have been a World of Warcraft gold farmer? And yet, that is exactly what he revealed in an interview published on the latest EDGE magazine (May 2020, issue 344).

Of course, Newell didn't become a World of Warcraft gold former out of need. He did so for research, in a manner of speaking, and this eventually led to the Steam Workshop and the phenomenon of selling Team Fortress 2 hats and the like for real money.

We were always used to thinking about games as entertainment experiences, but then we started thinking of them as productivity platforms.

As a sort of proof-of-concept, I decided to be a World of Warcraft gold farmer for a while. I was making $20 an hour farming gold. I was making what was a spectacular wage for most people in most parts of the world.

That's when we started focusing heavily on things like the Steam Workshop and trying to think of everybody as a content creator. There's this story of the parents that called us up because they thought we were selling their kids drugs. What happened was PayPal pinged the parents and said 'Your kid is exceeding our limits of how much money they can put into PayPal per month. They're probably selling stolen goods or drugs because there's no other explanation'.

So the parents called us up and I said 'He makes items on the Team Fortress workshop. He's making $500,000 a year'. That to us was an indication that this was a helpful way of thinking of games as platforms and it has informed all of our decisions about multiplayer games subsequently.

In the interview, Newell also revealed that Valve developed Steam only after failing in finding someone else who could craft such a service for the needs of their multiplayer games (Team Fortress, Counter-Strike).

We went out and we pitched people the ideas for Steam, saying 'Look, we're a game developer, it would be super helpful if somebody provided these sets of services to us'. It seemed pretty obvious that there was a much better way to provide value for customers and reduce the complexity of distribution, in a way that would also be a really powerful way of improving the development process. That ended up being Steam, but the funny thing is we originally were just trying to get somebody else to build it because we desperately needed something like that.

For the record, EDGE scored Half-Life: Alyx with a strong 9 out of 10 in the first review of the VR-only game which is due for release tomorrow.