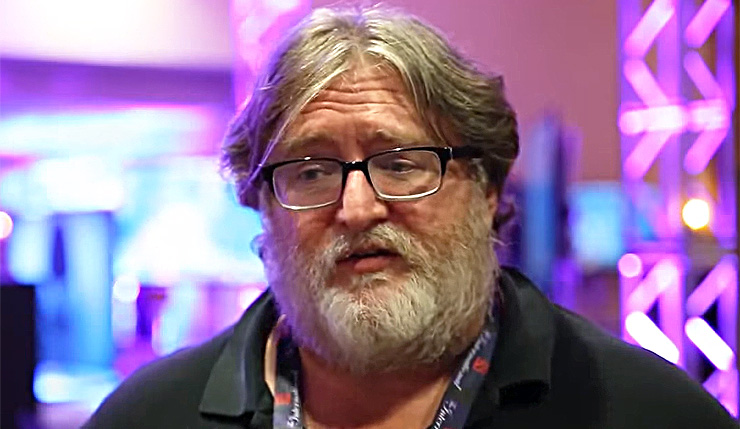 The Valve Index VR device is finally out and the early verdict is that it's the best headset you could buy if you're into Virtual Reality gaming, though it's not cheap at all (the full Valve Index VR Kit is priced €1079 on Steam).

To celebrate the event, Valve hosted a launch party that was recorded and posted on YouTube by Finn Sinclair. Gabe Newell himself gave a speech with more than a few newsworthy tidbits.

To begin with, the co-founder and president of Valve pointed out that this is just the beginning for the Valve Index. Future iterations of the device will be improved thanks to the feedback of customers, not to mention Valve's own plans to do an untethered version of the device as well as a cheaper version. Newell even teased potentially revolutionary breakthroughs with the display and optical technologies that are being experimented at Valve.

[...] see, it's very hard for us to develop a product to work without customers.

We have to guess what's important and what are the trade-offs. Will this be valuable? And we can sort of run a simulation in our head, but it's so much better when we actually have real customers.

We're really entering the best time as creators. We're really reaching that time you when you guys are involved, not only tell us, how did we do with index, you're teaching us how to make the Valve Index better. That's awesome.

As I said, just shipping a product isn't really the end, it's the beginning. Let's talk about some obvious next steps, right? It's simple for us to broaden our distribution from outside the US, the EU and other countries. There are obvious ways for us to lower the cost. There are obviously ways to make product wider. But then we get to more speculative.

We are looking at several methods of doing an untethered Valve Index, we have a lot of ideas for kind of revolutionary things to do with the display and optical technology, and lots of opportunities to continue to improve.

Newell also added a little tease for Half-Life 3, as you can read from the excerpt below.

Milestones aren’t really the end of anything, they’re really the beginning. So Half-Life led to Half-Life 2, Source led to Source 2, the experiments that we did with Team Fortress 2 were what enabled us to build Dota. Artifact is the reason we’re able to do Underlords.

So, maybe someday the number 2 will lead us to that shiny integer glowing on a mountain someplace… we’ll just have to see.

As mentioned in the headline, it feels like the millionth time he teased the third chapter in Gordon Freeman's adventures. Maybe someday it will actually happen. In the meantime, at least we've got Black Mesa: Xen.