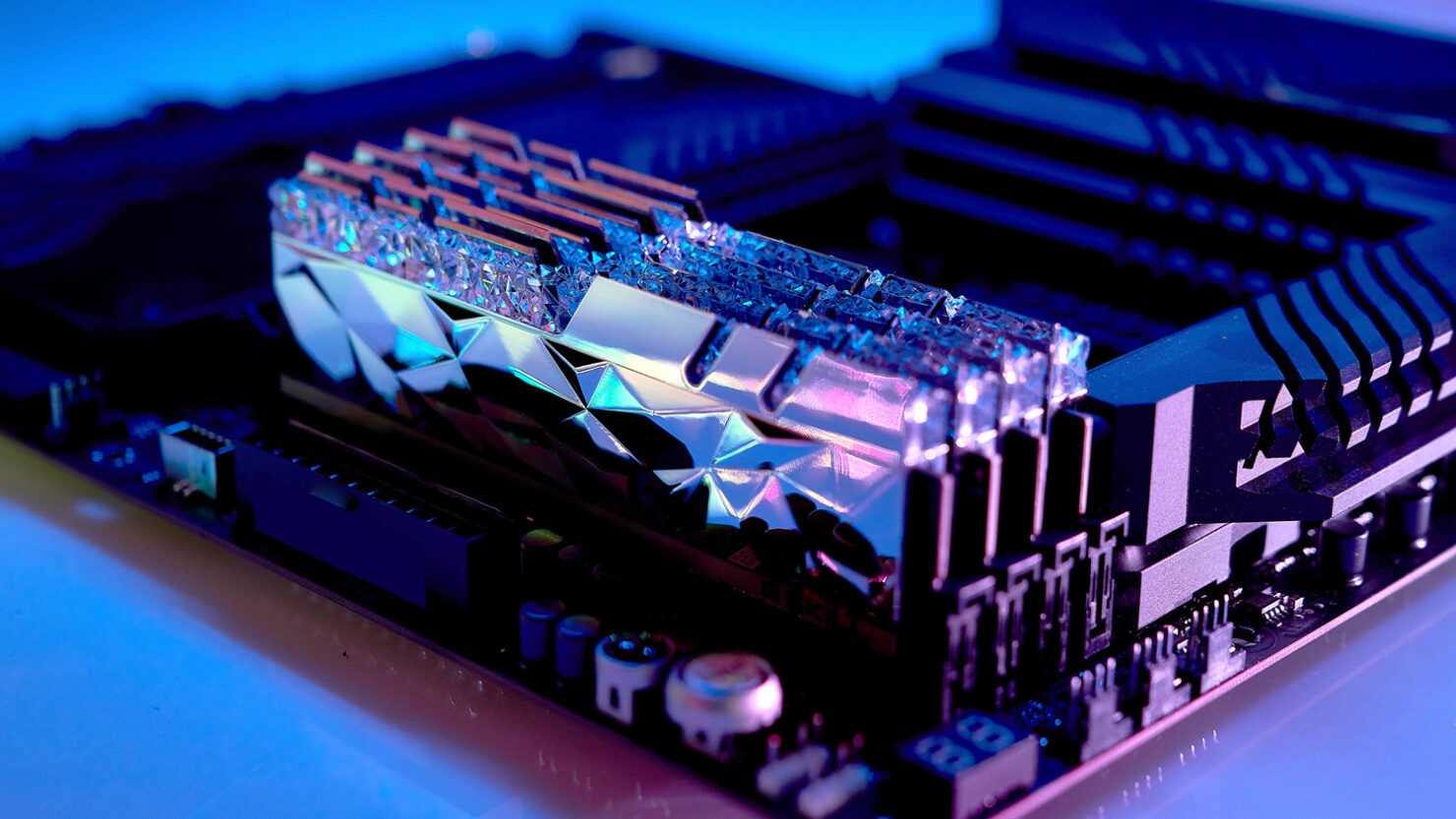 G.Skill has just announced its brand new Trident Z Royal Elite Series DDR4 memory kits which take the Trident Z design all the way up to 11.  The new memory kits follow the same design scheme as the existing Trident Z Royal memory but add a brand new pattern to the sides of the memory stick which looks gorgeous.

The G.Skill Trident Z DDR4 memory portfolio has expanded into various categories. The standard Trident Z modules are still the go-to for many PC builders but the company has also been offering premium Trident Z Royal memory kits for a while now. We have tested the Royal memory kits our selves and find them to be exceptional in terms of performance. There's also the Trident Z Neo line which is designed for AMD Ryzen platforms. Now, G.Skill is taking one step further and making its Trident Z Royal series even more elegant with the new Trident Z Royal Elite series.

Continuing the ongoing G.SKILL legacy for fast DDR4 memory performance, the Trident Z Royal Elite offers high-class memory specifications that range from DDR4-3600 to DDR4-5333 and offers 16GB (8GBx2) to 64GB (32GBx2) in kit capacity at launch. Each memory kit is constructed from hand-screened memory IC chips and tested for compatibility across a wide range of motherboards to ensure stability and high-frequency overclocked performance.

For a list of specifications available at launch, please refer to the chart below: 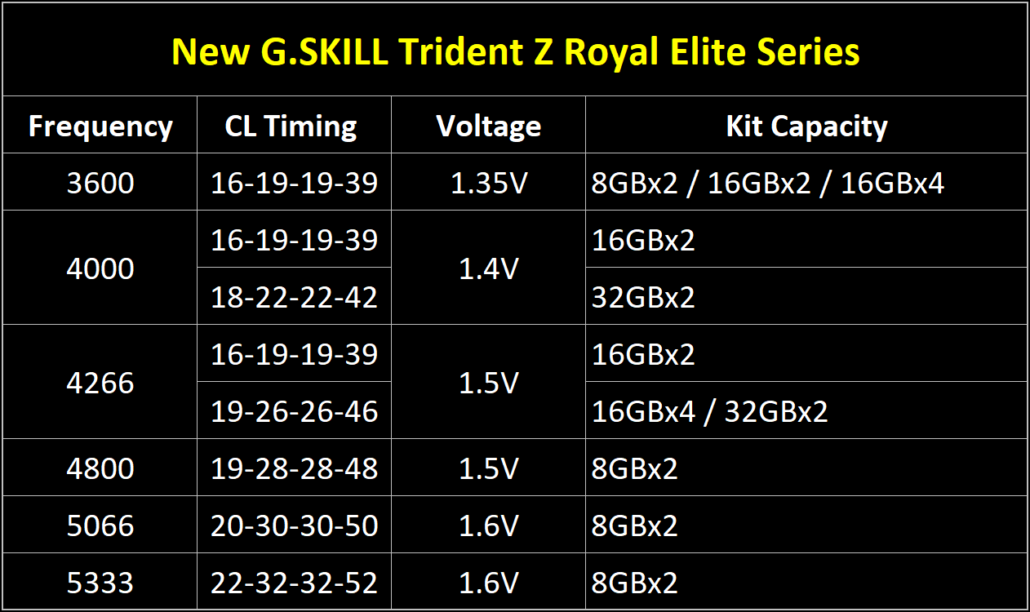 It should be noted that these memory kits are launching at the end cycle of DDR4 memory. Intel & AMD will have new platforms out in the coming quarters with support for DDR5 memory and users will definitely go after the new standard if they are going to pay this high of a premium for memory. There will still be a use for high-end DDR4 memory kits as some platforms will still carry DDR4 ram support and there are also existing use-cases for high-frequency DDR4 memory kits on the Rocket Lake & even the upcoming AMD Warhol Ryzen Refresh CPU lineups.