Remember the time when we stated that G Pro 3 was rumored to feature a Snapdragon 820, along with 4 GB of RAM; turns out that information came out to be true after all. According to image leaked by @Leaksfly, the handset is expected to be unveiled later this year and will be equipped with none other than Snapdragon 820, and 4 GB of RAM. In order to raise the bar in the feature category, the handset is also loaded with other impressive specifications. 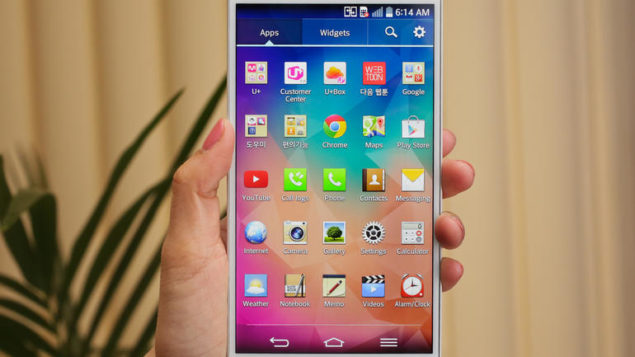 Previously, Mobipicker unveiled the news that G Pro 3 might feature the aforementioned hardware specifications. Now, after receiving this confirmation, we have also found out that the upcoming handset will also be featuring a Retinal Scanner. Now here is the interesting part. Earlier, it was reported that LG G5 was also going to feature the same security contingency, which gives rise to the question: ‘Is G Pro 3 and G5 the same device under a different brand name’?

Unfortunately, the answer to this question can only be given once the device is prepped for a Q4, 2015 release. Since we have already witnessed the processing capabilities of Snapdragon 820 through leaked benchmarking tests, we have to say that this is the first time in a very long time that the company is finally moving in the right direction.

Additionally, G Pro 3 is also expected to be sporting a massive 6 inch display that renders the 1440p resolution. We expect that LG will be able to stuff in a large battery capacity otherwise the large screen size will have absolutely no advantage other than using it as a large screen entertainment substitute.

Earlier, we also reported that the approximate price of G Pro 3 was going to be $790, which is very steep to say the least. Since it is just an approximation, we can expect the actual value to be quite less, along with availability details. For now, G Pro 3 could just be a different name for G5; looks like we are going to have to wait for our answer, later in the year.