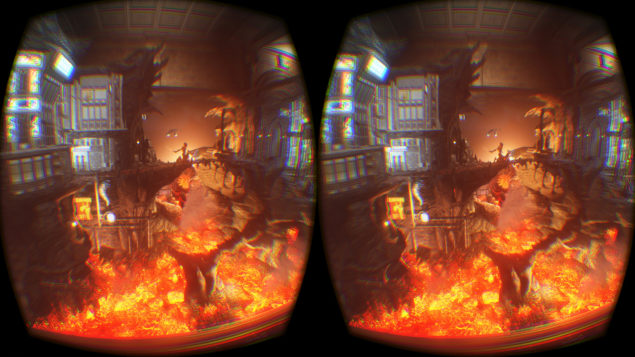 Futuremark is an enthusiast focused graphics benchmarking suite but over the time, it has been used by the casual and gamer community too to test their PCs, notebooks and even mobility devices. With VRMark, the software now focuses towards the growing market surrounding Virtual Reality as developers and consumers become more attracted to Virtual Reality given the experience it provides to end users. 3DMark is going to offer a preview of their latest VRMark test which will revolve around four classing 3DMark scenes. All three scenes will be free to walk through however the benchmarking suite will be available later. Enthusiasts can measure the performance in Virtual Reality but the preview won't produce a score as of yet. All VRMark tests will be compatible in Virtual Reality with Oculus Rift and HTC Vive headsets. The full list of supported Virtual Reality headsets can be found here.

Aside from the VRMark preview, 3DMark will also offer more tests which they have teased as "Coming Soon". Futuremark has also created a brand new UI for 2016 that's mentioned to be faster, more flexible and more intuitive. The 3DMark software will from now on provide you a list of recommended benchmark tests for your system based on your hardware specifications. Users who still want to run the rest of the benchmarks can do so by installing and running them from the Benchmark screen that is added to the new interface. One of the good things about the new update is that each of the test can now be downloaded and installed individually and updates will also be provided for each benchmark in that way. Of course, Futuremark provides a detailed FAQ on how to avail the 3DMark Holiday Beta update:

How to join the 3DMark Holiday Beta

The beta is open to everyone who owns the paid version of 3DMark on Steam. Sorry, demo users. To join the beta, follow the steps in our community post.

The benchmarks have not changed. You can use the Holiday Beta to test your PC and compare scores as usual. You can leave the beta and revert to the public version of 3DMark at any time.

How to give feedback and report problems

For any issues with the new interface, or with the VRMark Preview, please add a reply to this post in the 3DMark Steam Community. For a list of known issues, click here.

You can get support for any other 3DMark problems through our support page[www.futuremark.com] and in the 3DMark community on Steam.

Like I stated before, there's a lot going on with 3DMark as it enters 2016. We already know that Futuremark is developing a new test known as "Time Spy" for 3DMark which is one of the many DirectX 12 tests which will be available with the updated version in Q1 2016. The new 3DMark will focus around the tech and features which DirectX 12 is going to offer in future next-generation AAA titles. The benchmark will include several game tests, one of which known as “Time Spy” was showed at the event that revolves around a museum filled with highly detailed objects.

The whole tests makes use of 3D rendering using DirectX 12 API to test performance of graphics cards. The benchmark test runs at 2K or 1440P resolution and is 5 times (5x) more heavier than 3DMark Fire Strike which is available in the 3DMark 2013 benchmark suite. That means that the graphics test will require some serious horsepower to render and only the best performance cards will be able to score decent numbers in the test.

Designed primarily for manufacturers, analysts and press, VRMark tests a system's ability to deliver high quality virtual reality experiences for a range of content types from photos and video to games and simulations.

VRMark is our first major product announcement since we joined forces with UL. Combining the expertise of both companies, we offer professional lab-based VR testing with precision instruments and verification of performance claims to manufacturers and other customers.

VRMark is the first component of a comprehensive VR offering from UL and Futuremark that also includes the development of new standards and certification programs to protect the health, safety and well-being of VR users. via Futuremark