All Future Forza Games To Be Developed For PC & Xbox One 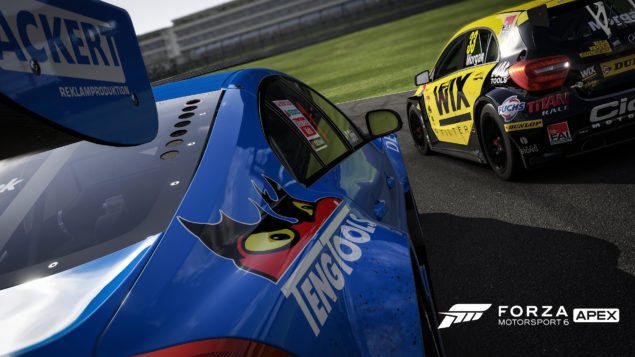 As we predicted just a few days ago, Forza Motorsport has finally made the jump to Windows 10 PC with Apex, a free-to-play (F2P) game due to launch later this Spring.

The initial roster will include 63 cars and 20 track configurations across six locations (Brands Hatch, Circuit de Spa-Francorchamps, Rio de Janeiro, Sebring International Raceway, Top Gear and Yas Marina). If you're underwhelmed that this is not the full fledged Forza Motorsport 6 game, don't despair: this is merely the beginning.

But there's actual confirmation by two Turn 10 developers. Design Director Andy Beaudoin said to IGN that all future Forza games will be developed concurrently for PC and Xbox One.

This is just the first step and this is why we can do it for free. The best way to learn to make a game on a platform is to ship a game on it…. It’s a great way for us to flex our muscle in the PC space and set the groundwork for future titles. As a franchise, we're going to embrace that.

Creative Director Dan Greenawalt was even more explicit in his statement to PC Gamer.

To me this is more about the long term future of the franchise. Having Forza tech underpin all Motorsport, Horizon—all Forza games moving forward—means that our games will be on all platforms, and that we can release them and deliver new and cool experiences that aren't about the hardware. They're about what we want to deliver to bring new gamers into this world.

He also explained that Forza 6 Apex began mostly a technical test for what's to come.

What we started doing, because we're first party, is porting our engine over to DirectX 12. Partially because we knew DirectX 12 was part of our future, but also because we want to make DirectX 12 better as a platform for developers and for gamers. We then started to do the same thing for [Universal Windows Platform], and we decided we should put those in the same branch.

It was recently announced that the Lamborghini Centenario will be the cover car of the next Forza game (which should be Forza Horizon 3, likely developed by Turn 10 and Playground Games), to be announced at E3 2016.