The Future of Audio: OSSIC X

I remember when I first read about the reboot of Clash of the Titans. I’d loved the original as a kid, the trailer looked good, I was so excited for that movie. I watched the trailer a lot of times. I showed it to friends, family, getting more and more hyped each time I watched it.

I also remember the first time I heard that Chris Pine was going to be Captain Kirk in a rebooted Star Trek… I won’t go into the details of my reaction but at the time, I vaguely recall not being particularly pleased…

These two scenarios are relevant to the coming article, I’ll explain why later.

I’m kind of into audio. Not as much as I used to be but enough that bad audio bothers me. In years gone by I’ve spent too much money on audio equipment of all kinds.

Pre-amps, amps, power amps, receivers, processors, speakers, speaker cable, cd players, super audio cd players, dvd audio, headphones, earphones, noise cancelling headphones, mp3 players (I was one of the first aboard the digital audio revolution having purchased a Diamond Rio in the 90’s!), the list goes on and on.

You get the idea. I kind of got my geek on when it came to audio. Well since those days, I’ve had kids and downsized on the audio hardware stuff significantly. What I’ve discovered since then is that I can still get a decent audio experience from ear/headphones.

Unfortunately, there’s a huge “BUT” that comes with that statement. This being multi-channel audio and that has really come to the fore for me with my return to PC gaming. I’ve tried a lot of different earphones and headphones too over the years ranging from the cheap to the ludicrous, but when it comes to surround sound, everything on offer I found lacking. I yearned for the proper positional audio in a soundscape that a proper 7.1 speaker system could provide. I’ve spent a fair amount in buying my own discrete multi-driver and virtual surround headphones looking for something that can genuinely reproduce a decent surround experience. 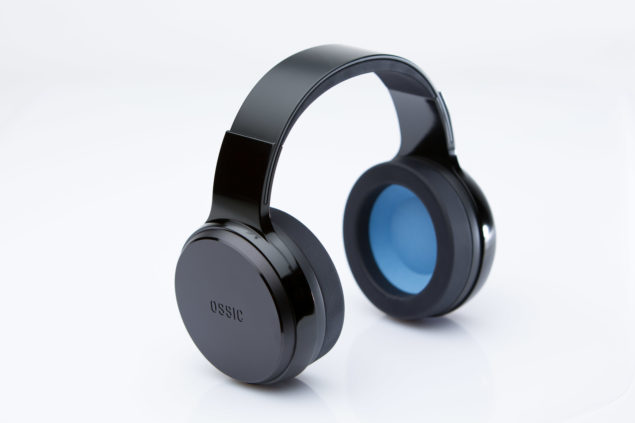 Alas, I’ve come up short. There are some decent headphones out there for sure, but none of them genuinely make me believe the sound is coming from where it should be. I figured it was a limitation of the form factor (2 things on your head, one in/on/over each ear) and there was nothing else to be done. I’ve moaned about it to friends for ages. Everyone has tried to convince me that existing technology is fine with virtual surround or multi-driver surround, some have tried to show me the way of binaural audio which is also not bad, but again in all the examples I’ve heard, fails to accurately recreate a decent soundscape, particularly the “behind” noise.

Enter OSSIC with their X. I’d read a little bit about OSSIC on their kickstarter page (here) and it sounded great. But you know what? Virtual surround headphones sounded great on paper too. So did discrete multi-driver headphones, and binaural recording. All of it sounds great on paper, but when I try it, it fails to do some of what it’s supposed to. So I looked at OSSIC but resolved to leave it be until I’d read some proper decent reviews on it once it had been released. I read up a bit on HRTF (Head Related Transfer Function) which is what OSSIC uses to create some of the alleged magic of the X and again. It sounded great on paper, but there was no way I was going to spend yet more money on yet more headphones with a lacking positional audio experience. I already have lots of headphones that can’t do that properly.

That was until a couple of weeks ago when OSSIC (I’d signed up to their mailing list to keep up to date on it) announced they were doing an open house demo in London. Ok fine, time to get my hopes up and go try this thing out.

I RSVP’d and asked if I could get an interview before trying the equipment out for the site. The very friendly Jordan and Kristen sorted me out with a chat with the CEO of OSSIC who was over here on Thursday.