Funcom on Conan Exiles Launch and What Comes Next 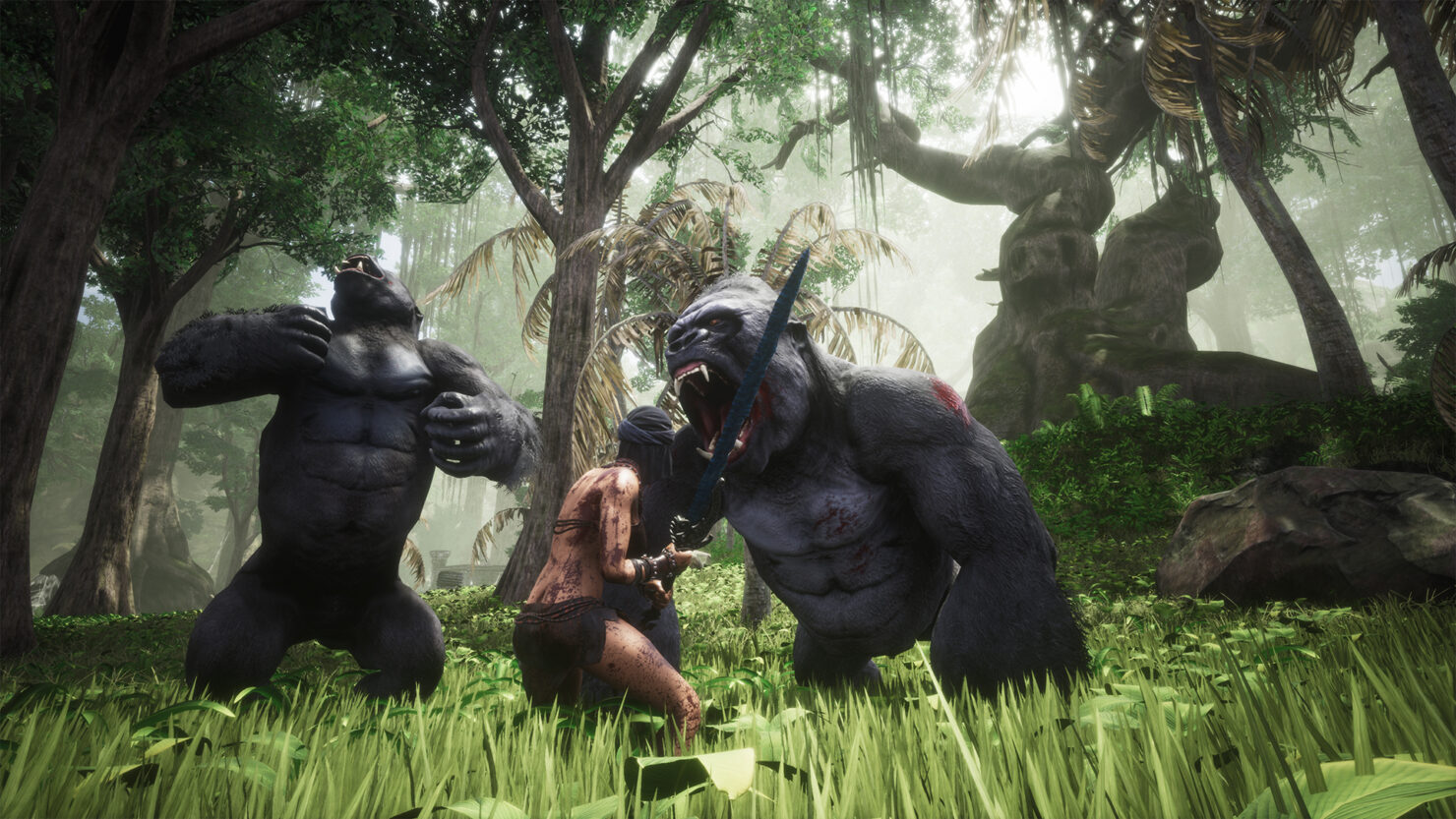 You might recall Funcom's Age of Conan, the MMORPG launched in 2008 and still going forward as the free-to-play Unchained. The Norwegian developer is about to release yet another game set in the world of Conan, this time in the trending multiplayer survival genre.

Conan Exiles debuted last year on Steam Early Access and Xbox One Game Preview. At the time we interviewed Funcom and we're doing it once again to get the specifics on launch features and what fans can expect after the full release.

Below you can find our full chat with Funcom's Creative Director Joel Bylos. As a reminder, Conan Exiles will launch for PC, PlayStation 4 and Xbox One on May 8th.

While you are putting the final polishing touches on Conan Exiles, fans are wondering about Funcom's post-launch plans. Can you give us the broad strokes?

In the short-term post-launch, we expect to be focused on continuing to patch the game based on player feedback. It is inevitable that as we scale up the player numbers, people will find exploits or obscure crashes and we want to be on top of those as quickly as possible. We will continue supporting the game in the long term. We can’t really talk about upcoming yet, but rest assured we have plans that we will reveal at the right time.

Do you have plans to introduce larger building titles to the game?

It's a possibility but not something that we have on the roadmap currently. We have hundreds of building pieces in the game already and with them, you can construct almost any type of structure you can imagine. This is on top of hundreds of placeables and a ton of different crafting stations, like the new planters people can build to grow food and alchemical ingredients.

Will Thralls AI be improved for launch? Also, are named Thralls going to get any lore?

We are doing optimizations and tweaks to the thrall AI – though there will always be more we want to do. Recently we added thralls who specialize in carrying heavy items and the importance of thralls in general has increased with the recent addition of the purge – the new feature where the NPCs of the Exiled Lands gather in large groups to attack your base. It is very helpful to have several archer thralls to help defend your base against the purge. Named thralls won't get particular lore, though some of them are mentioned in item descriptions and other locations in the Exiled Lands.

Players would like more character customization features (more faces, haircuts etc.) at their disposal. Is that something you are considering?

Not for launch, but it is definitely something we can put some time into in the future. Update 32 added several more options to character customization, like facial hair for example. In the recent update 33, we also added warpaint and a host of new armors and outfits. Btw, you can dress as a pirate in Conan Exiles now, with peg leg and hook.

Are you going to add more Gods from Conan lore? Also, are there plans to introduce unique race features even if only for cosmetics?

We will be adding more gods from lore, yes. We will not be adding anything race unique, as we would prefer that type of restriction to be at the discretion of players. Basically, we don't see the appeal of making a sandbox that locks people down for any reason. For launch, we are adding the Derketo religion. Derketo is the goddess of both fertility and death, so with her dual nature her avatar is half beautiful woman and half rotted corpse.

You have said that work on pets could resume after launch. How likely do you think that is right now, and could you detail how pets would work if they made it into the live game?

The likelihood is dependent on code-team time in the weeks/months after launch. The feature is designed in its entirety, but it requires code work to be implemented into the engine. I won't go into full detail on how it works, but there are a lot of baby animals showing up in the Exiled Lands during the last few content patches. The full process will involve turning those from cute babies into loyal pets.

I'm really sorry, but I can’t talk too much about our post-launch plans. Our focus now is on launch, and we will reveal more stuff later.

In June 2017 you said that Conan Exiles would run at 4K resolution on Xbox One X. However, when the game received the Xbox One X enhancement you stated that it was running at 1440p resolution. Was it because the Xbox One X somehow turned out to be less powerful or more difficult to exploit than you anticipated? Will there be an update to deliver further graphics enhancements?

The Xbox One X is running at 1440p, upscaled to 4K and the UI is in 4K. We haven’t had time to push into the nuances of the hardware on Xbox One to get the utmost out of it, so we’ve stuck with the safer route of a smaller resolution upgrade with custom settings. While we have focused on tweaking it, mostly this is for performance improvements in the current resolution, not to target a higher resolution.

On PS4 Pro what are your targets when it comes to resolution and frame rate?

PS4 Pro runs at 1080p with higher settings than the base PS4.

Are you going to support HDR displays on Xbox One S/X, PS4 Pro and PC in Conan Exiles?

We don’t have any plans to support this right now.

ARK: Survival Evolved, another survival game based on Unreal Engine 4 like Conan Exiles, announced a Nintendo Switch port recently. Is that something your programmers at Funcom have been investigating at all so far?

We have been very focused on getting the Xbox One and PS4 versions of Conan Exiles optimized and ready for launch – we’ve had no time to dig into the Switch.