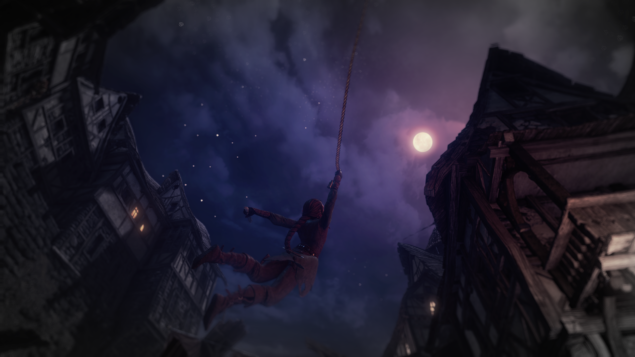 Finnish indie studio Frozenbyte used to be beloved by their fans, at least until Trine 3: The Artifacts of Power was released last year.

The studio apologized at length recently, and they're now looking to earn back the trust of gamers with their new project, Shadwen. To begin with, they released a free demo of the game on Steam and encouraged as many people as possible to play it as it would have lowered the price of the game, which will now be just $14.55.

Shadwen is an ambitious stealth game with which Frozenbyte is trying to get back to the genre's roots. Its premise and features, detailed on the official Steam page (alongside system requirements) are definitely intriguing, with a strong focus on physics. With the game due to launch in May for PC and PlayStation 4, we've reached out to the team in order to bring you exclusive details on the game. Enjoy!