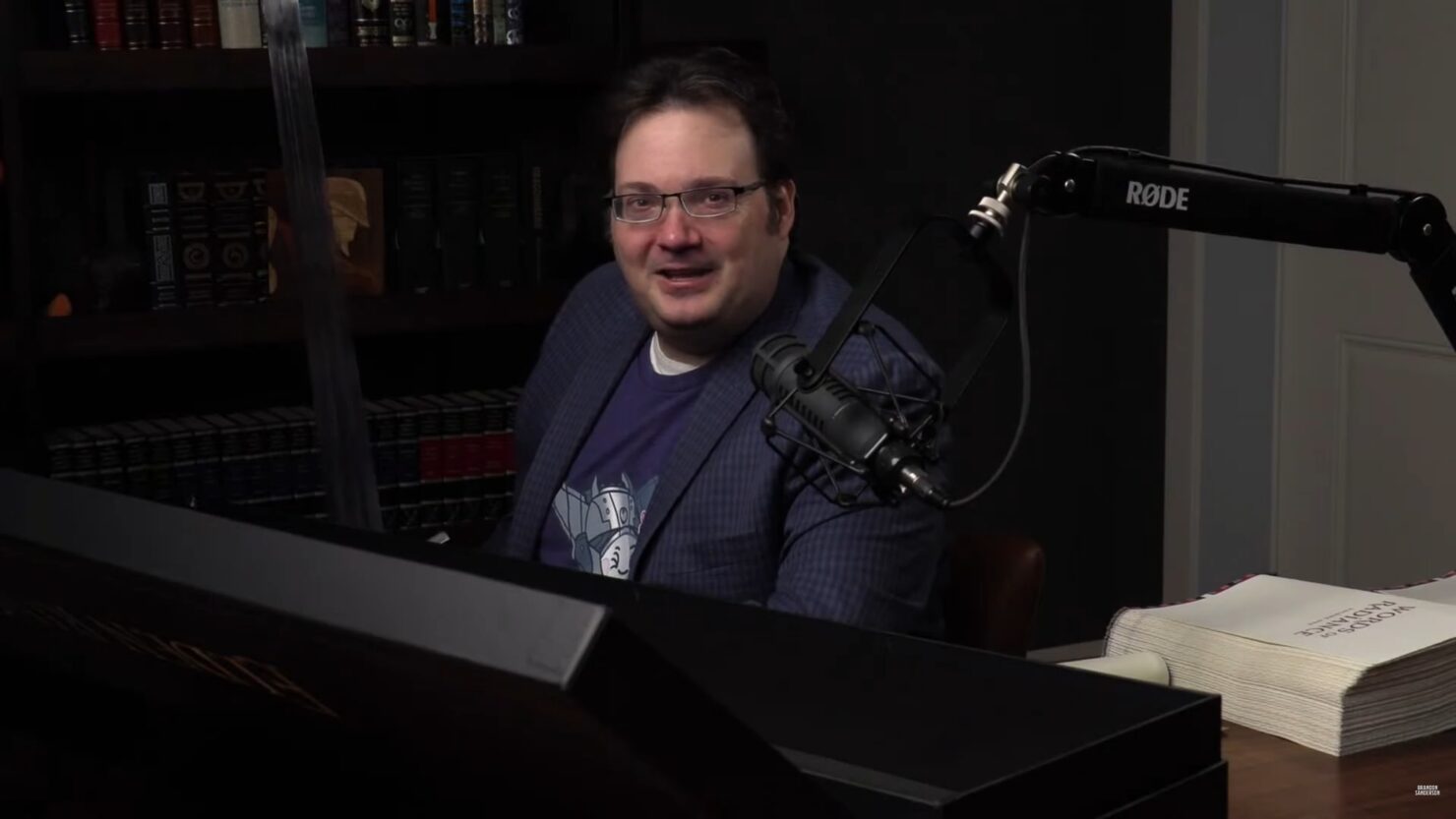 During the latest Live with Brandon Sanderson stream, the renowned author unpacked a gift sent by Bandai Namco, the publisher of FromSoftware's games (except Demon's Souls and Bloodborne).

The gifts were all themed around Elden Ring, of course, featuring a woodcut portrait, a replica sword and cloak, and an interesting note that might well be a teaser for the next FromSoftware game. Sanderson explained:

They are interested in perhaps doing something together, is what that says. I am as well, actually. This is how I roll: I actually have a pitch for them in the back of my head, so I may have to send them my pitch and see what they think.

I always have a pitch for everything, that’s the thing. Like, if I were ever going to do a Soulsborne game, what would I do? You guys know what happened when I thought, I wonder what I would do if I ever wrote a Magic: The Gathering story? I spent like four years developing a Magic: The Gathering story so that when Magic contacted me and said 'Hey, do you want to write a story?' I’m like yes, I already have one and I will write it.

The same way, I’ve been thinking, what would I do if I did a Soulsborne sort of game? Obviously, I don’t get to decide that, right? But I have it in the back of my head, so maybe you guys will hear something from me. I have some ideas. I always have ideas.

As you might recall, Sanderson himself had expressed disappointment at Bandai Namco and FromSoftware for picking George R.R. Martin over himself when it came to working on Elden Ring. Sanderson is a big gamer and a fan of FromSoftware's titles, too. It looks like he may get his wish after all.

In other Brandon Sanderson news, his Surprise! Four Secret Novels Kickstarter project recently gathered a record-breaking $41.754.153, over twice as much as the previous record on the crowdfunding platform.