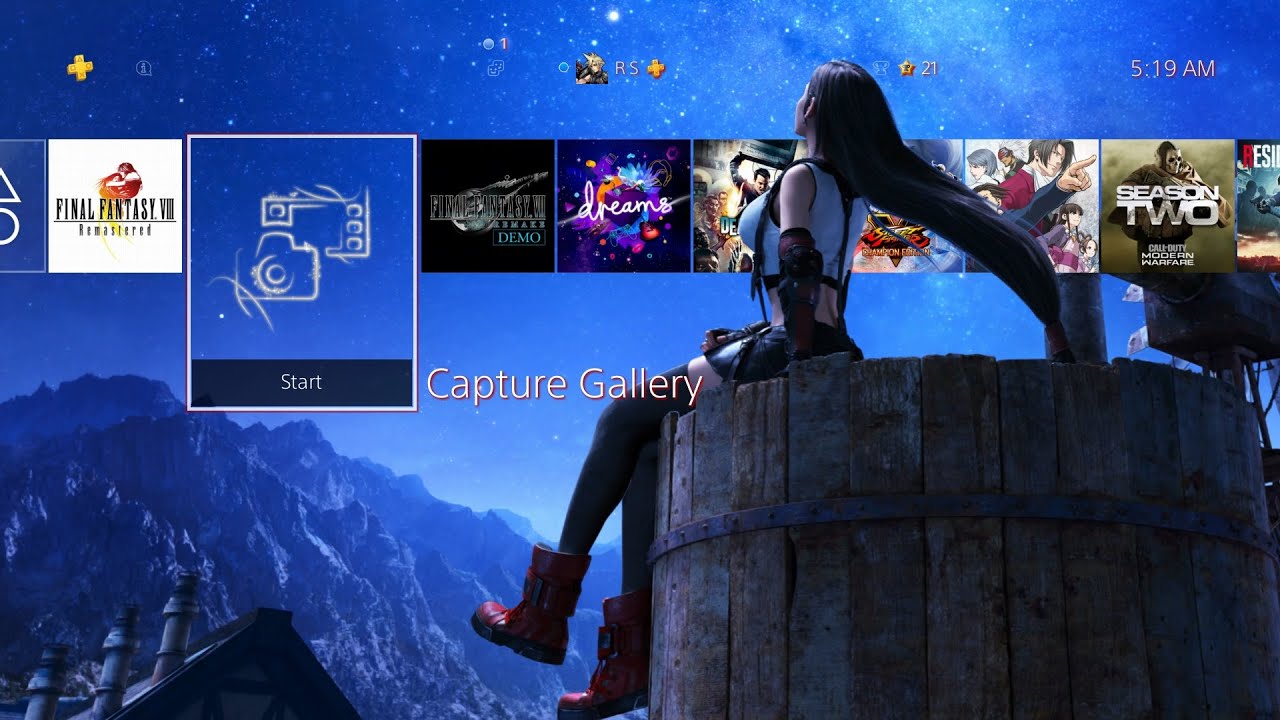 Remember the FFVII Remake Tifa theme that required you to obtain Butterfingers first? Well, Sony has now made this theme available for free.

For the dynamic theme, Square Enix partnered up with Ferrero, and players were required to purchase two FFVII Remake-themed candy bars at the official website to receive a download code for Tifa’s lovely theme.

While the theme was already made available for free through the official Japanese PS Store, Square Enix and Sony have now made it available for those in the US and Europe as well. Be sure to grab this beautiful theme featuring Tifa Lockhart on top of the Nibelheim water tower.

As said, the Tifa theme is a dynamic one and Tifa’s hair moves in the wind and she occasionally kicks kicks her legs as well.

We’ve included a video showing off the theme in action down below (courtesy of XFactor).

Final Fantasy VII Remake is available globally now for the PlayStation 4. The remake is exclusive to Sony’s platform for a one-year period.

The world has fallen under the control of the Shinra Electric Power Company, a shadowy corporation controlling the planet’s very life force as mako energy.

In the sprawling city of Midgar, an anti-Shinra organization calling themselves Avalanche have stepped up their resistance. Cloud Strife, a former member of Shinra’s elite SOLDIER unit now turned mercenary, lends his aid to the group, unaware of the epic consequences that await him.

The story of this first, standalone game in the FINAL FANTASY VII REMAKE project covers up to the party’s escape from Midgar, and goes deeper into the events occurring in Midgar than the original FINAL FANTASY VII.