Free Fallout Classic Collection for Fallout 76 Owners on PC, PlayStation 4 and Xbox One 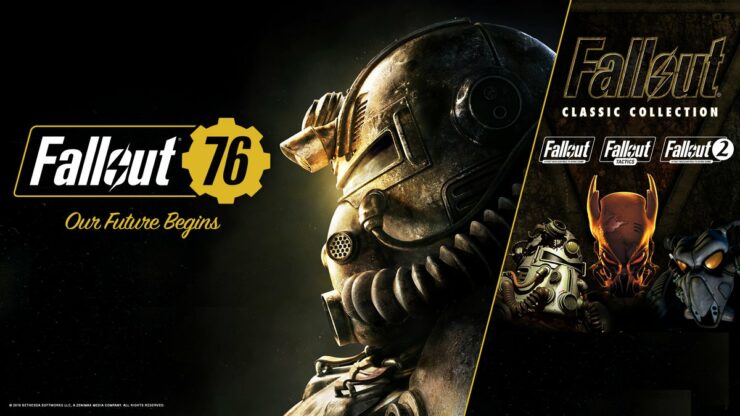 Bethesda is giving away the Fallout Classic Collection for Free to those who have purchased and logged into Fallout 76 in 2018.

The deal only applies to those who have purchased the full release of Fallout 76 this year, and it appears that those who will buy the game in 2019 won’t be given the Fallout Classic Collection for free. From the looks of it, Bethesda is looking for some additional game sales this year.

Fallout Classic Collection includes the original Fallout, Fallout 2 and Fallout Tactics. The entitlement is expected to go live in early January. The collection is also available on Steam now for €5.99.

You've just unearthed the classic post-apocalyptic role-playing game that revitalized the entire CRPG genre. The Fallout SPECIAL system allows drastically different types of characters, meaningful decisions and development that puts you in complete control. Explore the devastated ruins of a golden age civilization. Talk, sneak or fight your way past mutants, gangsters and robotic adversaries. Make the right decisions or you could end up as another fallen hero in the wastelands...

Fallout 2 is the sequel to the critically acclaimed game that took RPG'ing out of the dungeons and into a dynamic, apocalyptic retro-future.
It's been 80 long years since your ancestors trod across the wastelands. As you search for the Garden of Eden Creation Kit to save your primitive village, your path is strewn with crippling radiation, megalomaniac mutants, and a relentless stream of lies, deceit and treachery. You begin to wonder if anyone really stands to gain anything from this brave new world.
Mastering your character's skills and traits for survival, Fallout 2 will challenge you to endure in a post-nuclear world whose future withers with every passing moment...

Tactical Squad-Based Combat comes to the Fallout Universe!
You are the wretched refuse. You may be born from dirt, but we will forge you into steel. You will learn to bend; if not you, will you break. In these dark times, the Brotherhood - your Brotherhood - is all that stands between the rekindled flame of civilization and the howling, radiated wasteland.
Your weapons will become more than your tools, they will become your friends. You will use your skills to inspire the lowly and protect the weak... whether they like it or not. Your squadmates will be more dear to you than your kin and for those that survive there will be honor, respect and the spoils of war.

Fallout 76 is available globally now for PC, PlayStation 4 and Xbox One.