Bethesda was more than happy to show off some more juicy details about Fallout 4 during Quakecon this year. The release is impending, so that means even more details to help increase interest and help build up the hype. 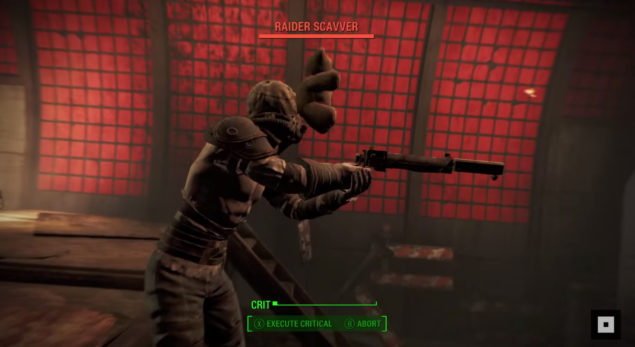 Fallout 4 has an immense perk system and a dozen different human companions to romance.

In-game there'll be a total of 12 different companions that you can meet. Should you feel particularly perky, you can try your hand at starting a post apocalyptic romance with any one of the human companions, regardless of their, or your, gender. Companions are also optional. Why not try to survive on your own out there? So far we know of Piper, Dog Meat, Mr. Handy and Garvey.

Bethesda made great use of motion capture for Fallout 4. So a lot of animations are going to look more fluid and natural compared to Fallout 3. You'll also find procedural generation used to help make speech movements more natural looking for each different face model. The polygonal mouth will use a seed that is associated to certain sounds to try to emulate that better.

And being that there is more motion capture being utilized, the canine companion, Dog Meat, is actually physically modeled after the lead designers own dog. They filmed and did their own motion capture to make sure that Dog Meat looks and acts like a dog should, hoping to make it more convincing. Thankfully he's discovered fairly early, and can be quite a useful and daring companion indeed.

Fallout 4 is coming soon, set for a release date of November 10th 2015 for the PS4, Xbox One and the PC. We're incredibly excited to see the prequel to the Fallout series of games, giving insight into the actual events that precipitated hiding away in the precious Vaults. Despite the perceived graphical downgrade, it might turn out to be one of the better games this year.