While exploring the post-apocalyptic Wasteland in the latest, this year’s most anticipated installment in Bethesda’s critically acclaimed role-playing video game series is a huge treat for gamers across all current-gen platforms, it is especially more tempting for those who have or are planning to buy it on Microsoft's Xbox One console, as it comes a free copy of Fallout 3. However, this special treatment for Xbox One users is not going to last for long, as it has been revealed that gamers can purchase the Xbox One version of Fallout 4 and receive a free copy of backwards-compatible Fallout 3 "for a limited time" only. 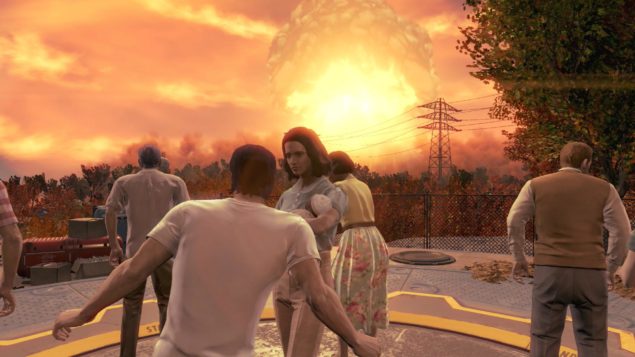 As previously reported, with the launch of the New Xbox One Experience coming November 12, Microsoft’s Xbox One will start supporting backwards compatibility feature, and players will be able to choose from more than 100 Xbox 360 titles to play on their eighth generation home console. One of the initial backwards-compatible games is Fallout 3, and thanks to the hype that has surrounded Fallout 4 ever since its reveal, Microsoft is offering a free copy of backwards-compatible version of Fallout 3 to all those who purchase Bethesda’s latest masterpiece on Xbox One.

However, the offer, according to the Xbox.com website, is available for “limited time only.” It says: "For a limited time, pre-order Fallout 4 for Xbox One and receive Fallout 3 on Xbox 360. The code for Fallout 3 will be delivered to your Xbox message center in 7-10 days. Redeem your code on Xbox.com or on your Xbox 360. Fallout 3 will be included in Xbox One backwards compatibility access when made available."

Gamespot reports that Microsoft has revealed that the last date to avail this offer is February 6, 2016. Players have to buy Fallout 4 on Xbox One on or before that date to be eligible to get backwards-compatible Fallout 3 version for free. So if you haven’t yet bought Fallout 4, there is still plenty of time before the offer runs out. Fallout 4 is out and it seems like there is nothing quite like completing quests and exploring the post-apocalyptic in-game world of Bethesda’s blockbuster of the year. You can check out our Fallout 4 PC performance and optimization analysis here.