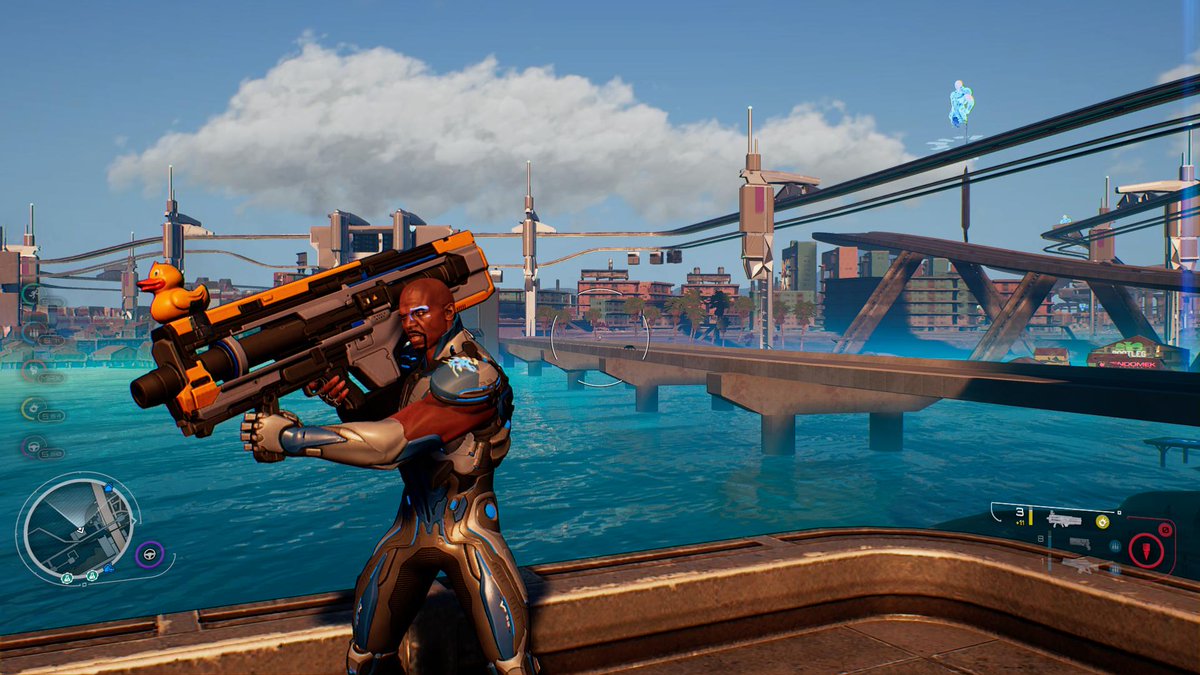 A free Crackdown 3 bonus pack has been made available and includes an additional Commander Jaxon suit alongside a new weapon and vehicle.

The free bonus pack was detailed by Microsoft and game’s developer via a new developer update on Crackdown’s website.

Quackhammer Launcher – Take a BOOM out of crime with this multi-rocket launcher that puts the QUACK in attack with exploding ducks instead of rockets.

Linebacker Vehicle – Smash through or roll over smaller vehicles with the Linebacker. This heavily-armored Agency truck also has a machine gun turret for added firepower.

The bonus pack can be downloaded through the store right now.
Crackdown 3 is available now for both Xbox One and Windows 10 PC. Microsoft released the action-packed title earlier this month.