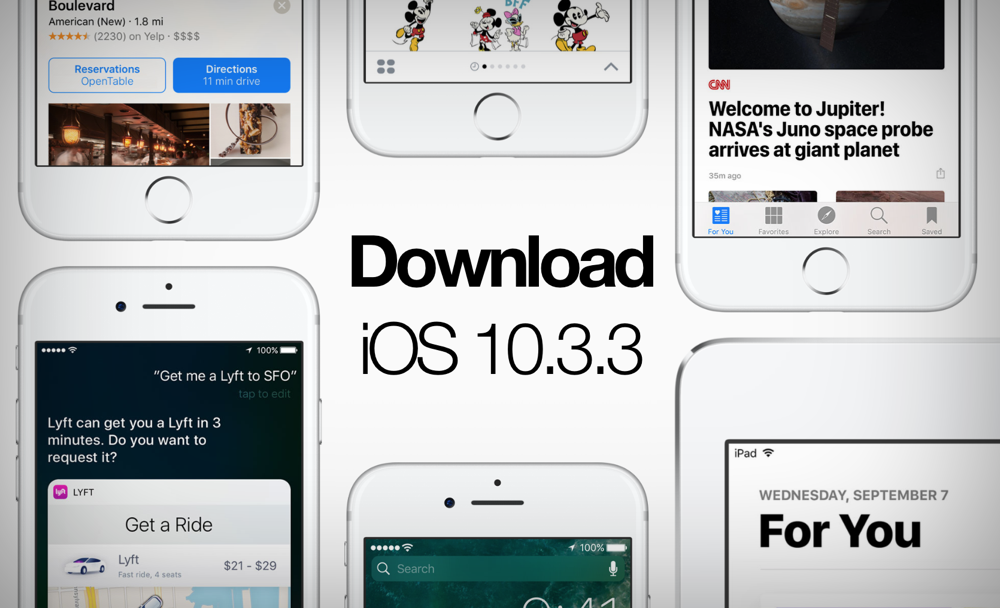 Registered developers and members of the Apple Developer Program via Developer Center can download the latest beta by going to the Settings > General > Software Update  on their device. It will only be available on devices with the Apple beta configuration profile installed.

Both the new beta updates - iOS 10.3.3 and tvOS 10.2.2 come with regular bug fixes with nothing new on the feature front. These two are the last updates in the beta cycle, as Apple is presently testing the next version for its various platforms such as iOS 11, tvOS 11, watchOS 4, and macOS High Sierra.

The only thing new that debuts with the iOS 10.3.3 beta are the latest wallpapers for the 12.9-inch iPad Pro. Other than this, the update mainly focuses on security and bug fixes. This update indeed marks Apple's shift to iOS 11. Notably, the first beta for iOS 11 was released to developers on June 5, and the company has already seeded two betas to registered developers.

tvOS 10.2.2 beta is only available for Apple TV fourth generation. Amateur beta testers can download the update by connecting Apple TV to a computer and installing the software update via iTunes. After setting up Apple beta configuration profile, your device will receive updates over-the-air. Those who already have the Apple beta configuration profile, just need to head over to the Settings of their 4th Gen tvOS and install the OTA update.

The previous two beta updates for tvOS did not bring any major features except for security and bug fixes. The tvOS 10.2.2 is the last update for the tvOS 10 OS version. The next change would be tvOS 11, which is currently under development.

It seems like a party season for the developers registered on iOS, as they are getting to test new beta updates regularly. Are you one of the developer program insiders? If yes, you can share your experience with iOS 10.3.3 or tvOS 10.2.2 in the comments section below.