Forza Motorsport 6 install size has been revealed via the Xbox Marketplace. The game will weigh in at 44.37GB. It does seem quite large for a racing game, but with everything Turn 10 Studios are making available for the racer both in quantity and in visual quality it certainly makes sense. Forza Motorsport 6 will run at 1080p and 60 frames per second, will feature night races and a fully dynamic weather system, while having 24 cars on track. 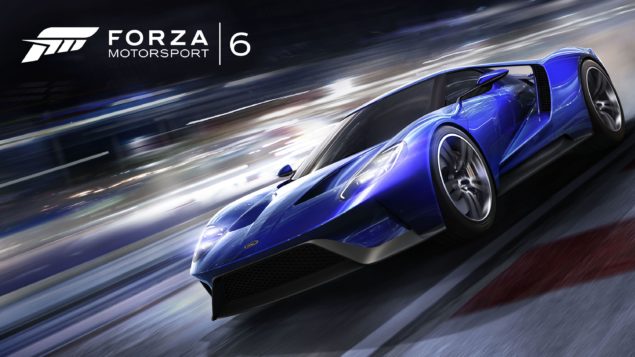 Experience unrelenting action in the most beautiful and comprehensive racing game of this generation, available exclusively on Xbox One beginning September 15th, 2015. Collect, customize, and race over 450 Forzavista cars, all with working cockpits, opening doors and full damage, including the all-new Ford GT. Compete in epic 24-player races across 26 world-famous locales. Master wet weather and night racing on your road to victory.

Turn 10 Studios and Microsoft have announced 117 cars for Forza Motorsport 6 at E3, and later 10 more were added to the game’s line up. The added cars come from the electric energy FIA Formula E event.