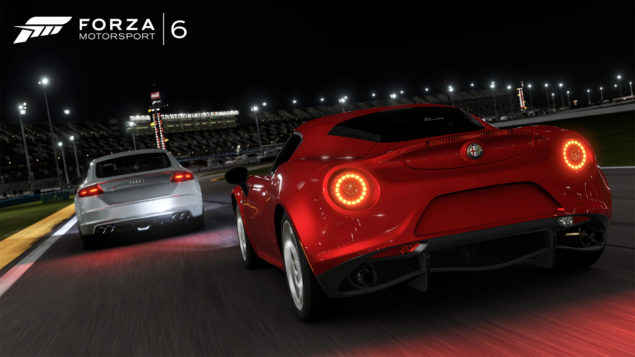 According to Chinese website WPDang, Forza Motorsport 6, the Xbox One exclusive racing game released last year in all regions, and the yet to be officially unveiled Forza Horizon 3 will be released on the Windows Store in the future. The release of these games on the Windows Store is, according to an anonymous source, one of the steps Microsoft will take to make the Windows Store the main distribution channel for PC games. Since all of this has yet to be confirmed officially, we must take it with a grain of salt until an official announcement comes. At the same time, WPDang has proven to be quite reliable with Microsoft and Windows rumor, so there's a decent chance that these games will indeed be coming to PC in the future.

Following Quantum Break's PC announcement, Aaron Greenberg has further elaborated on the Windows 10 release of the game, revealing that they weren't even sure how or when they could get this version done. Mr. Greenberg also added that, in Microsoft's eyes, bringing the game to PC is a huge benefit for all.

We weren’t sure how and when we could get the Windows 10 version done. They lined up [with the Xbox One version]; a lot of people’s reaction on Twitter was like, I get it, you want to bring this to a lot more gamers to play, but why didn’t you tell us about this before?
We didn’t know we could do this before.

Forza Motorsport 6 is now available on Xbox One in all regions. We'll let you know more a possible PC release of the game as soon as possible.