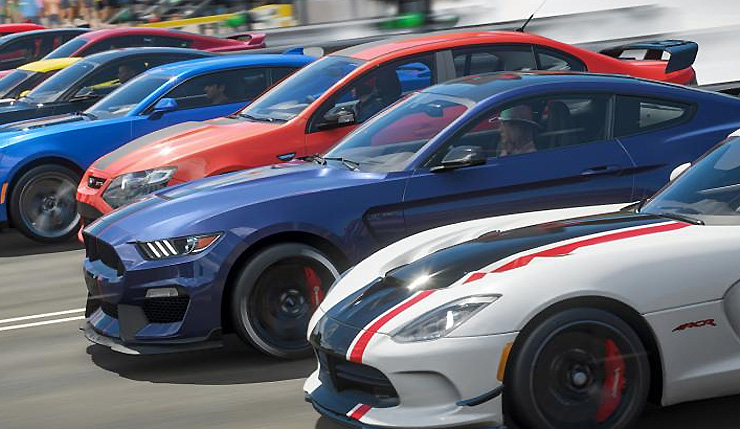 Where will the much-anticipated Forza Horizon 5 be set? Rumors have percolated for a while that the series is headed to Japan, but according to the latest insider info, Forza Horizon developer Playground Games has set its sights on a different location. The hinting started last week when WindowsCentral’s Jez Corden made a comment about wanting to visit Mexico someday, with an emoji of a car attached. Shameless leaker Jeff Grubb also got in on the hinting.

Of course, this is all pretty vague and could be interpreted multiple ways – thankfully, Grubb dispelled the mystery on the latest episode of the Iron Lords Podcast. When the hosts brought up Corden’s tweet, Grubb provided this response…

Let's start with the Forza and the Mexican flag -- I wonder that means? The rumor was always Japan, I got some fake screenshots a long time ago, and it turned out that wasn't real. And then Jez is "I'm going to Mexico with may car!" and immediately a couple sources are "Ohhh, I wonder why Jez is saying that?" So, yeah, it's in Mexico. Yeah.

Well, that seems like a pretty straightforward confirmation to me! Of course, take this all with a grain of salt until Microsoft actually announces Forza Horizon 5, but Mexico would certainly be a suitable (and underutilized) locale for an open-world racer. It’s a big, wide-open country with pretty much every landscape you could imagine, from sprawling cities, to jungles, to deserts, to snow-capped mountains.

For those who haven’t been keeping up with the scuttlebutt, there have been persistent whispers that Forza Horizon 5 may be coming sooner than we think, perhaps even before the full launch of Forza Motorsport 8. According to the most recent rumor, the game may be revealed during Microsoft’s big E3-season livesteam/press conference.

So, what do you think? Will Forza Horizon 5 be heading south of the border? And will you be excited if it does?