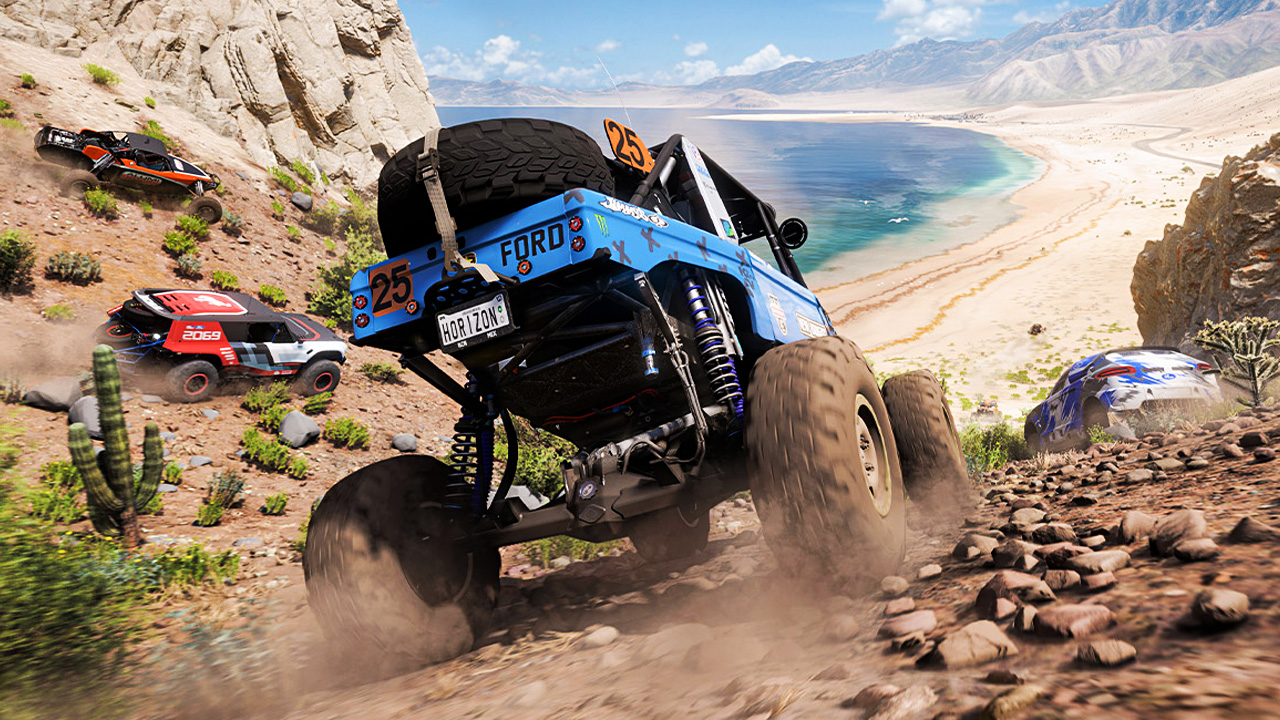 Microsoft and developer Playground Games have promised Forza Horizon 5 will be the series’ biggest game yet, and it certainly is when it comes to file size. Forza Horizon 4 was the franchise’s previous file size champion, weighing in at around 63 GB at launch, but Forza Horizon 5 blows it away, requiring more than 100 GB of space on all platforms. Here are the Forza Horizon 5 download sizes, which are actually smaller on the Xbox Series X/S than the Xbox One due to the newer consoles’ more efficient SSDs…

With the high-speed internal SSD storage found on Xbox Series X|S consoles, we’ve reduced the install footprint of Forza Horizon 5 on those systems by optimizing our assets for higher bandwidth streaming. That means a shorter download combined with super-fast loading times so you can seamlessly jump into the action as soon as you say “Let’s ¡Go!”

Don’t want to wait to play Forza Horizon 5 on launch day? Preloads are available now on console and the Microsoft Store (Steam preloads will be available soon). Haven’t been keeping up with Forza Horizon 5? Do check out Wccftech’s hands-on preview and the following key features: