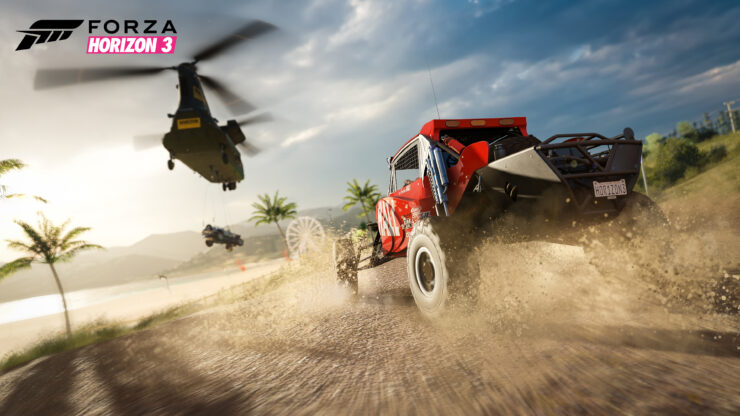 Forza Horizon 3 by Playground Games is about to become available on Windows 10 PC and Xbox One, at least for those who bought the Ultimate Edition: they'll get to play starting tomorrow (September 23rd), while everyone else will have to wait for September 27th.

Several websites have posted reviews of the Xbox One version of the game, but unfortunately the PC build only became available a couple days ago, which is why our review is still coming up.

In the meantime, though, YouTuber Candyland quickly posted a comparison video on Forza Horizon 3 running on PC with max graphics settings (with the except of motion blur, turned off for the occasion) and on Xbox One.

As you can see below, the differences are fairly minor and less conspicuous than what we're accustomed to. On one hand, that's a testament of how great the Xbox One is; on the other, it's a small disappointment for PC gamers who have really powerful systems.

That said, there are a few additional factors to consider. The first one is YouTube compression, but the most important is that the video was captured at 1080P resolution while Forza Horizon 3 on PC can easily go up to 4K. At 3840x2160, provided you have a strong enough hardware, the graphics difference is bound to be larger than what we're seeing in this video.

Then again, it is also true that Xbox One S owners with an HDR TV can enjoy the game's HDR support while PC gamers can't, at least for now. Unfortunately, there really is no way to witness HDR without having a proper display, so no YouTube video can show how good that looks; however, YouTuber AngryCentaurGaming (ACG) posted on Neogaf some extremely positive impressions of Forza Horizon 3 in HDR, even going as far as saying that he's choosing that version over PC after playing both.

I also will be returning to the console version as HDR is simply that enjoyable for me right now.

HDR is as far away from a gimmick as it can possibly be, it's fantastic enough that I am playing it now versus the PC version. It's just worth it, flat out.

It is straight up noticeable and for me equal to say frame rate in how easy it's noticed and since the XBOX is rock solid in that department and has HDR, I can sacrifice some smoothness for the insane quality of image.

Then again, he did say he was playing the PC version at 1440P in another post. It would be great to hear the opinions of someone who played the game with native 4K on PC and with HDR enabled to understand how they stack up.

Regardless, though, Forza Horizon 3 looks extremely good from a graphics standpoint and solid from a gameplay standpoint on both platforms. Stay tuned for our review.