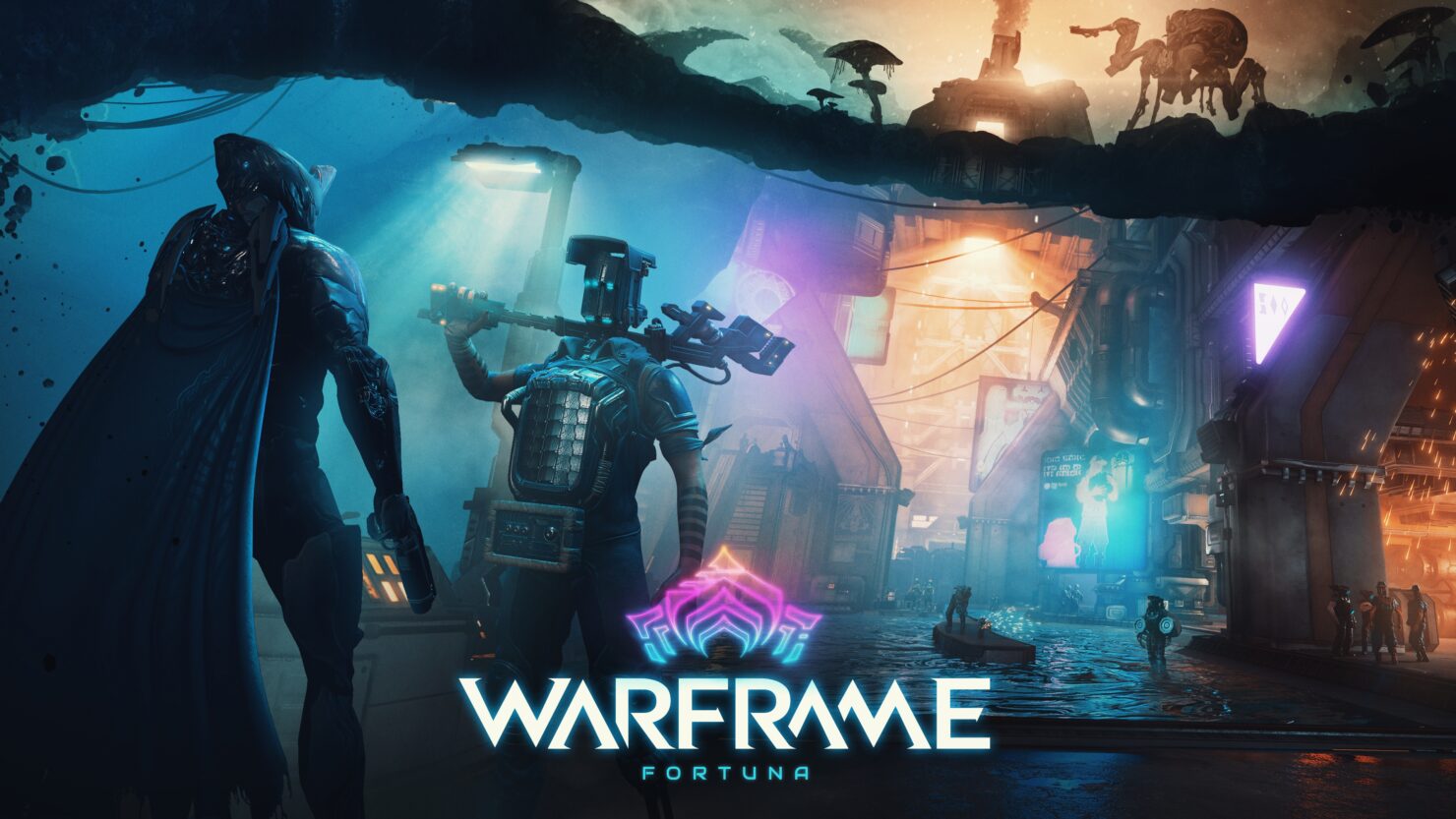 Digital Extremes announced that the highly anticipated open world Fortuna expansion for Warframe will be available for free in November for PC, with a console debut on PlayStation 4 and Xbox One scheduled 'later this Winter'.

Tenno (players' name in-game) will follow the Solaris United faction's struggle against their Corpus overlords by picking up bounties and missions underground in the internment camp of Fortuna, and, using the new K-Drive hoverboard, will get wicked across exotic new terrain peppered with Orokin structures, towering mushroom stands, and oceanic flora.

Warframe is also coming to the Nintendo Switch on November 20th and the developers recently showcased a bit of gameplay in a developer live stream. The game will run at 30 frames per second and is being developed by Panic Button, the Texas-based studio that handled the excellent Doom and Wolfenstein II: The New Colossus Nintendo Switch ports. Interestingly, the folks at Digital Extremes confirmed that the optimizations made by Panic Button will make it into the PC build of the game, presumably helping lower end machines achieve better frame rates.

A while ago Digital Extremes also expressed interest in exploring cross-play possibilities. That was before Sony launched the cross-play beta program for Fortnite a few weeks ago, so perhaps Warframe will also join in the cross-play party at some point in the future. Here's hoping, at least.