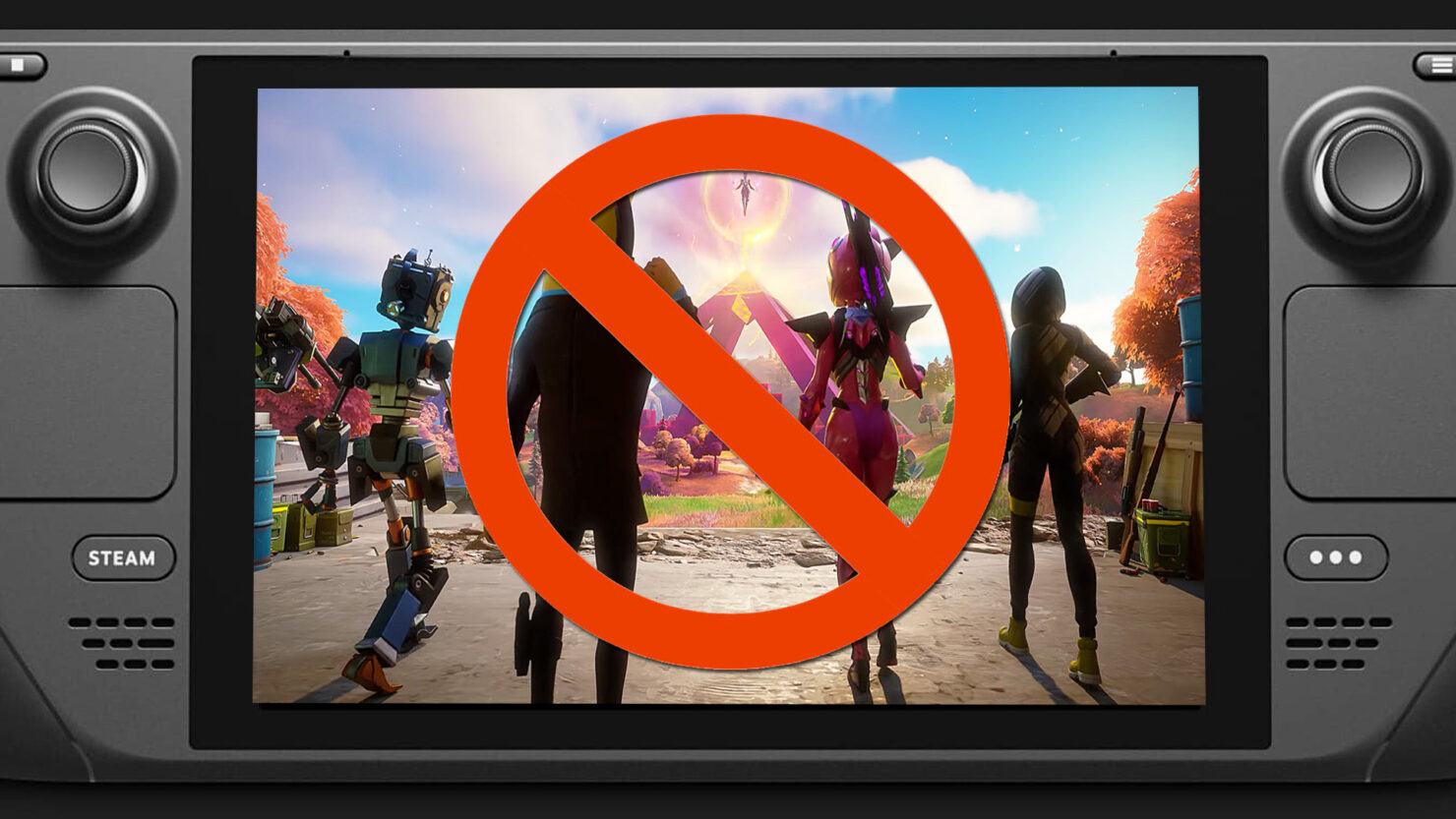 Valve’s Steam Deck will support a wide array of PC games when it launches later this week (almost everything on Steam being playable is the ultimate goal), but what about one of the most popular PC games of all – Fortnite? Of course, Fortnite isn’t available via Steam, so it’s never been a guarantee, but Epic is working with Valve to make sure Easy Anti-Cheat works on the system’s version of SteamOS via the Proton compatibility layer. So, could they do something similar for Fortnite itself?

According to Epic CEO Tim Sweeney, Fortnite on Steam Deck, unfortunately, isn’t in the cards as the company isn’t confident they’d be able to battle cheaters on the system.

We don’t have confidence that we’d be able to combat cheating at scale under a wide array of kernel configurations including custom ones.

As many have pointed out, Tim Sweeney saying Fortnite won’t be compatible with the Steam Deck due to cheaters is a bit odd, considering Epic is bringing their own anti-cheat software to the system. Epic and Valve are competitors in other arenas – it’s easy to imagine Sweeney simply doesn’t want their game to run easily on Valve’s heavily-hyped new hardware.

Of course, the Steam Deck being an open system means there will still be ways to play Fortnite on the Steam Deck if you truly desire. Installing Windows on the system will probably do the trick, although that’s an extra pain in the butt a lot of folks won’t want to go through, and it will likely come at the cost of some performance/Deck-exclusive SteamOS features.

The first round of Steam Deck units should begin shipping late this month. Was anybody out there planning to play Fortnite on the system? Or will you have other things to keep you busy?