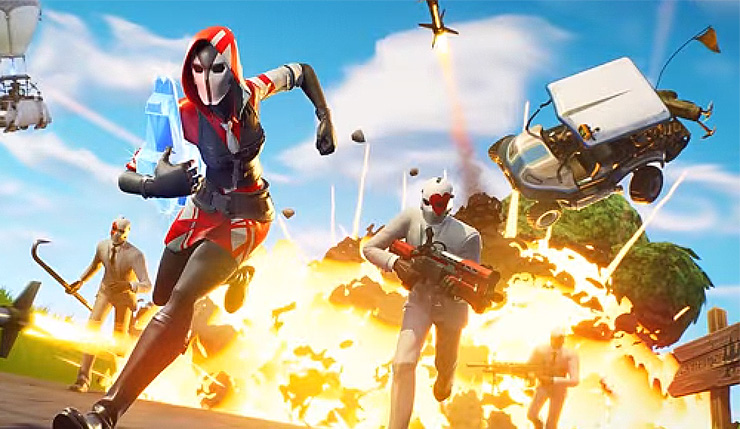 This weekend during a stream broadcast from PAX West, Epic Games revealed details for Fortnite’s next big limited-time event, High Stakes. The event will include a fresh limited-time mode, entitled Getaway, a handful of new challenges, the Grappler gun, and some suave playing-card-themed outfits. You can check out the High Stakes reveal, below.

Here’s how Epic described Getaway mode during the stream:

"Here’s the [Getaway] plan. Four safes have been loaded into supply drops scattered around the island, each carrying a large jewel. You and your crew must locate a safe, pick up the prize inside, and get away with the goods while battling enemies. The first four teams to get to a van with a jewel and make a getaway, win! Are you up for the job?"

Sounds different, but entertaining! Until now, most Fortnite limited-time modes have been variations on the basic battle royale concept, but this is something completely different. Epic Games have said they’re willing to go beyond the battle royale with their special modes, and this is an example of that – it will be interesting to see how players respond. If Getaway mode is a hit, expect Epic to push Fortnite into more new and unexpected realms in the future. 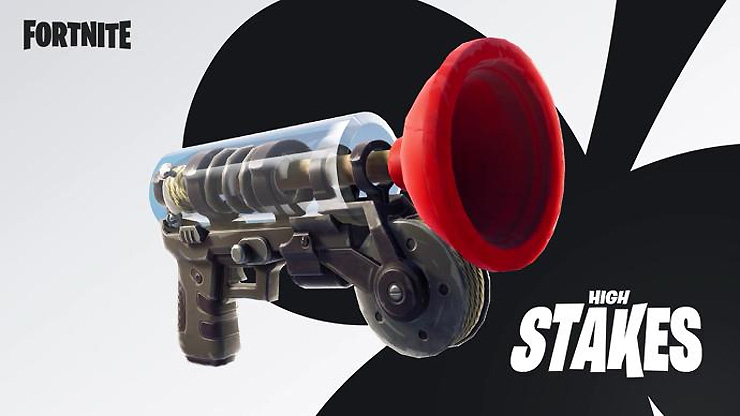 As mentioned, the other big High Stakes addition is the Grappler gun, which appears to work pretty much exactly as you’d expect. Basically, the Grappler is lifted directly from the Arkham games – use it to latch onto buildings and other objects, then quickly zip to them. Should make certain corners of the map, like Tilted Towers, a bit more dynamic. Speaking of which, Tilted Towers is due for a bit of a revamp in Fortnite’s next patch. Get more details, below.

Fortnite is currently available on PC, Xbox One, PS4, Nintendo Switch, and mobile platforms. Epic hasn’t put an exact date on the High Stakes event or next update, but they should be launching sometime this week, perhaps as early as tomorrow (Tuesday, September 4).