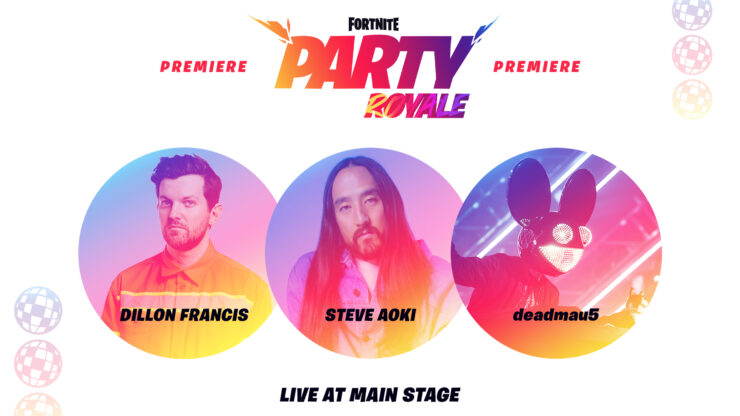 Fortnite has surpassed the incredible milestone of 350 million registered players, as announced yesterday by Epic Games. The last time we heard an update from Epic was for the 200 million milestones which happened in November 2018.

Over the course of April, aided by the COVID-19 lockdowns, players have spent more than 3.2 billion hours in the game.

Clearly the studio believes this is far from the limit, by the way. They've also revealed the 'Party Royale Premiere', which will take place on Friday, May 8th at 9 PM Eastern Time in the new weapon-free Party Royale playlist.

Dillon Francis, Steve Aoki, and deadmau5 will perform back-to-back-to-back. Attendees are also getting an exclusive back bling item.

If you can’t make it right at 9 PM ET, you can still catch the rest of the live show as long as you join before it ends at 10 PM ET.

BRING ON THE ENCORE

If you're still busy, don’t worry — the Party Royale Premiere will return for a rebroadcast. On May 9 from 2 PM to 3 PM ET, you can catch the full show once again at the Main Stage.

And just like the first airing, you can still jump in during the show.

The Party Royale Premiere also has a party favor. Anyone who logs into Fortnite from Friday, May 8 at 6 PM ET to Monday, May 11 at 10 AM ET will get the new, music-reactive Neon Wings Back Bling for free! Perfect for wearing at the show.

BEYOND THE MAIN STAGE

Shows at the Main Stage are just some of the many attractions at Party Royale. In this new experimental and evolving space, there are many things to do and places to explore. For example: take on aerial obstacle courses at Skydive Rift, participate in boat races at Fishsticks’ Boat Race, and grab items at The Plaza such as the new Paint Launcher.

There are no weapons or mats in Party Royale — it’s all about just hanging out and having fun. No Sweat. All Chill. Let’s Party!