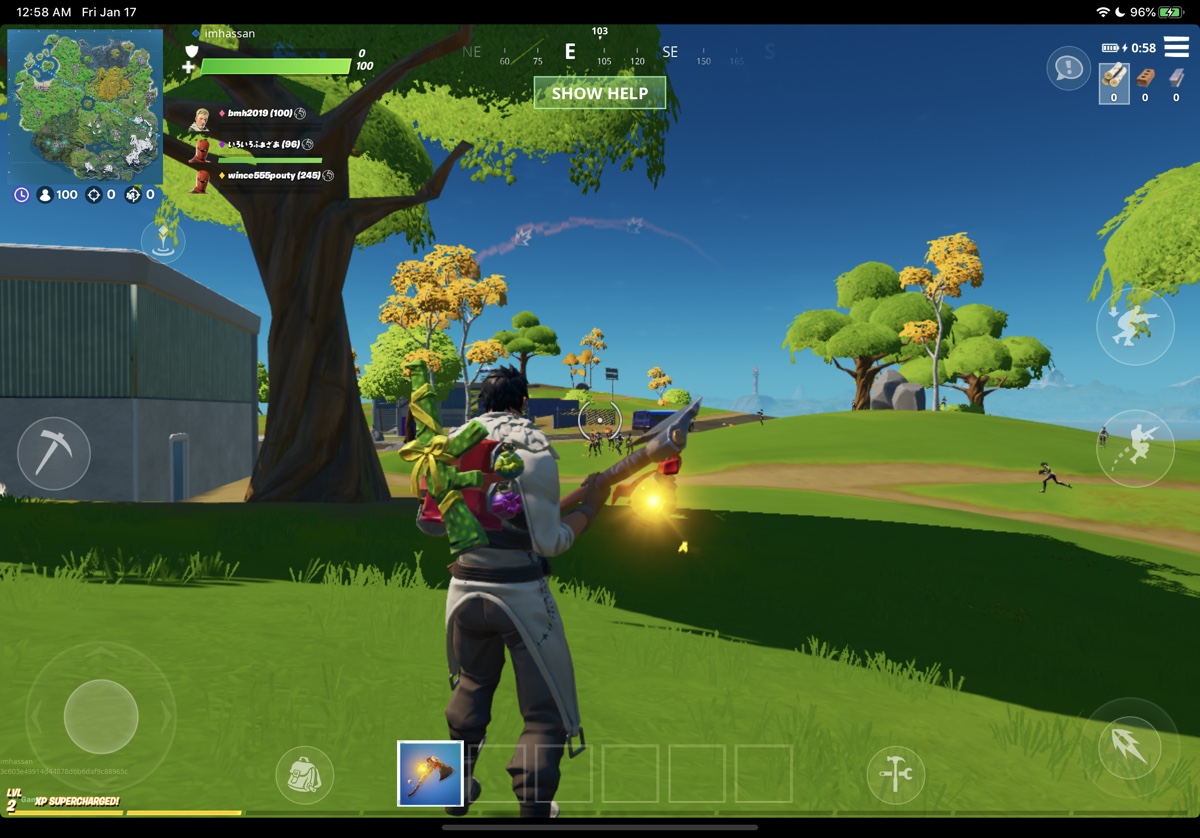 The latest update to Fortnite, the popular battle royale game has brought a new 120 FPS gameplay mode to 2018 iPad Pro models. This allows the game to take full advantage of the ProMotion display on iPad Pro. The update also brings support for clickable thumbstick buttons (L3 and R3) on support iOS controllers.

To enable the 120 FPS mode, go to video settings in the game and change the mobile framerate setting. Note that when you switch to 120 FPS framerate, the graphics quality preset automatically switches to medium. Epic has also set a similar restriction for 60 FPS framerate, as the graphics quality switches to High. This is a trade-off meant to keep the gameplay stable and reduce impact on battery life and device heat up. 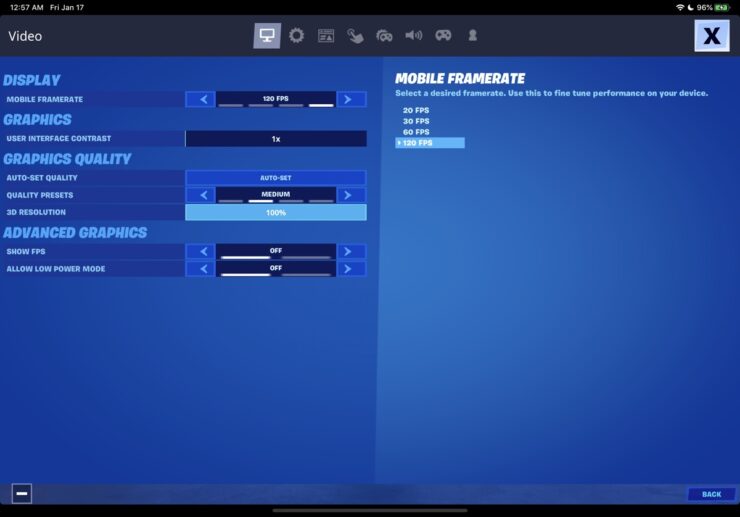 The controller update in this release should allow the usage of thumbstick buttons (L3 and R3) on MFi controllers, as well as Xbox One and PlayStation 4 controllers as they are both supported on iPadOS 13.

Although Epic has just officially added support for 120 FPS to Fortnite, a mod was already available which allowed users to unlock the 120 FPS mode on iPad Pro. The mod is still being used to by some gamers to unlock 120 FPS on older iPad Pro models, as they also support ProMotion displays. However, modding the game is against ToS and can potentially get your account banned. Users have also reported that older iPad Pro models end up overheating due to the high frame rate.

Apple introduced ProMotion display with iPad Pro in 2017. This allows the iPad to dynamically adjust display refresh rate up to 120Hz. ProMotion technology also allows the refresh rate to reduce based on the content on the screen, allowing longer battery life and improved display quality.

The buttery smooth performance that gamers can get with 120 FPS on iPad Pro could give them an unfair advantage against other mobile players, who might be playing the game at just 60FPS or even 30FPS. Even the PlayStation 4 and Xbox One can only run the game at just 60 FPS. Apple were not lying when they said that the iPad Pro is as powerful as an Xbox One S.

Fortnite is not the first game to get support for 120 FPS frame rate on iPad Pro. Assassin’s Creed Rebellion also has support for high frame rate, although it is not as graphically intensive as Fortnite.