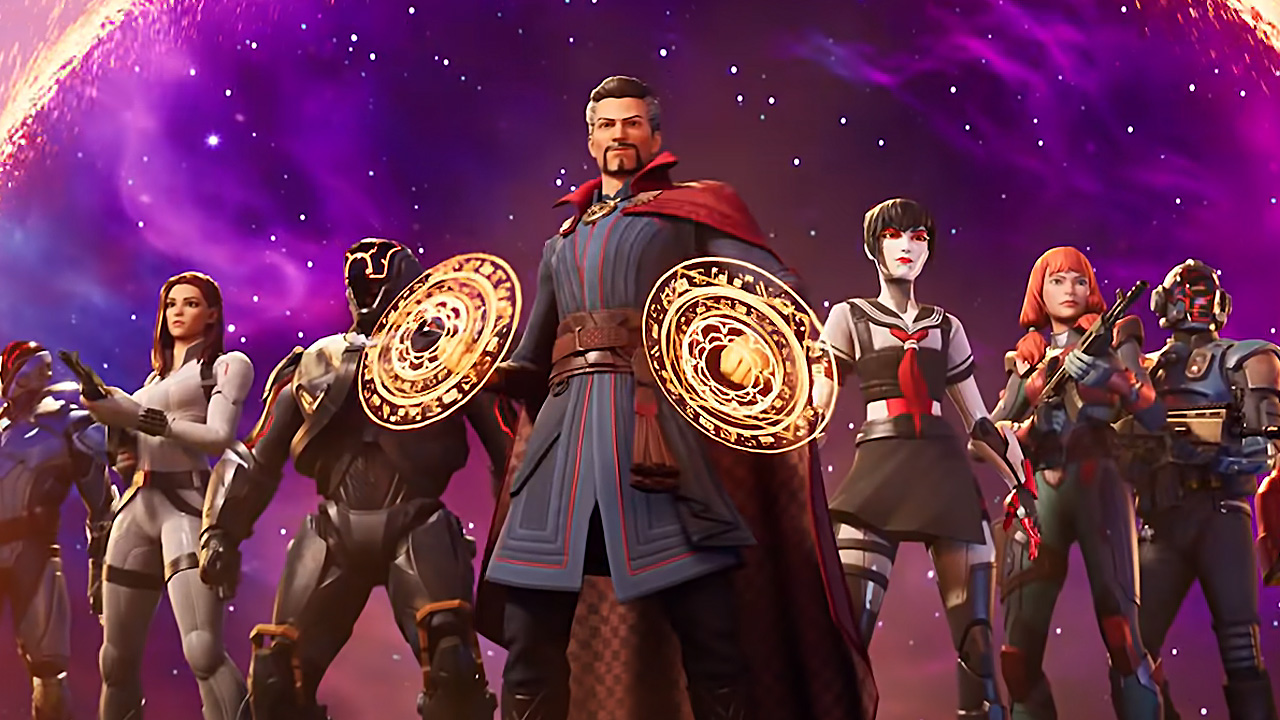 Fortnite Chapter 3 Season 2, entitled “Resistance,” is here, and brings with it the usual array of map changes, weapons, and cosmetics, but the most talked about thing will undoubtedly be a major shakeup to the game’s core mechanics – namely, the removal of building. Of course, as the game’s name implies, building was originally Fortnite’s signature unique mechanic, but apparently Epic feels they’ve outgrown it.

As a replacement for building and the cover it provided, Epic has added an Overshield mechanic which should keep you alive a little while longer in the open. Epic has also made players more agile, with a faster sprint and a new mantling system. It will be interesting to see how players react to this faster-paced, building-free version of Fortnite. Of course, this season also offers some crossover skins, namely Marvel’s Dr. Strange and the Prowler – check them out in the trailer, below.

As we already reported, Epic has promised to donate all proceeds for the next two weeks (from March 20 until April 3) to relief efforts in Ukraine. Well, Epic has revealed they’re already raised $36 million for Ukraine aid after only a single day.

The battle has changed, with new ways to bring the fight:

Bars To Turn The Tide

Bar funding returns! As the Season progresses, you’ll have new opportunities to help direct the Resistance. Chip in Bars towards pro-Resistance devices, as well as use Bars to vote for which items to unvault.

A different kind of vote is live right now. Instead of an item unvault vote, it’s a Turret device vote! Different pro-Resistance sites need help deciding whether to install a Light Turret or a Heavy Turret. With the former, get the classic Mounted Turret experience. With the slower but beefier latter, do heavy damage to vehicles. The first site that needs help is Sanctuary!

There’s another way you can contribute with Bars right away: funding the Armored Battle Bus. The Armored Battle Bus is a Battle Bus that’s… ready for battle. This intimidating metallic machine has just about all the fixins: Chonkers tires, a Cow Catcher for extra ramming power, and a Light and Heavy Turret. It’s not all business with this vehicle, though. If you turn the radio on, it immediately becomes a party bus! Once 100% Funded, find an Armored Battle Bus in Resistance-occupied POIs.

The IO having a bird’s-eye view of the Island may seem intimidating, but you can still access their blimps from the ground. IO Blimps are attached to the ground via Ziplines, so zip up to an IO Blimp and claim its loot for yourself! How do you get back down? Either use a Zipline, use the draft of a fan to begin gliding, or launch yourself with a Siege Cannon.

What’s one way to barrel through obstacles? An IO Titan Tank! But a Titan’s good for more than just strong-arming. Fire the Titan’s cannon while you drive, and if you wanna be even more formidable, have a teammate control its machine gun turret.

Need to get somewhere fast but the path’s too perilous on foot? Get in the seat of a Siege Cannon and launch yourself far forward. (Or launch your teammates first, then yourself.) Mid-air, you'll be given the option to deploy your Glider, but you won't take fall damage if you don't deploy it. You can still have fun with a cannon even if you don’t have travel plans. In addition to using them as a transportation device, keep your opponents at bay by firing projectiles!

Have a Cow Catcher

Chonkers Off-Road Tires have been used to make cars offroad since Chapter 2 Season 6, but this fight against the IO calls for more modification. Available now, throw a Cow Catcher on your Joyride vehicle to boost its ramming power! (Blockades and other vehicles beware.) Throw a Cow Catcher and Chonkers on the same vehicle for the ultimate expedition.

The Repair Torch: A Healing Item for Your Vehicles!

Whether your Mudflap’s been subject to explosives, your Motorboat’s been running too long on land, or your Titan’s been targeted at the treads, fix it up with a Repair Torch! Repair Torches restore the Health of vehicles, and if they run out of fuel to ignite? Fill ‘em back up at a gas pump!

This Season’s Battle Pass includes Sorcerer Supreme and Master of the Mystic Arts, Doctor Strange. Later on in the Season, you’ll be able to unlock world-class criminal Prowler in the Battle Pass!

Fortnite can be played on PC, Xbox One, Xbox Series X/S, PS4, PS5, Switch, and mobile platforms. Chapter 3 Season 2 is available as of today.