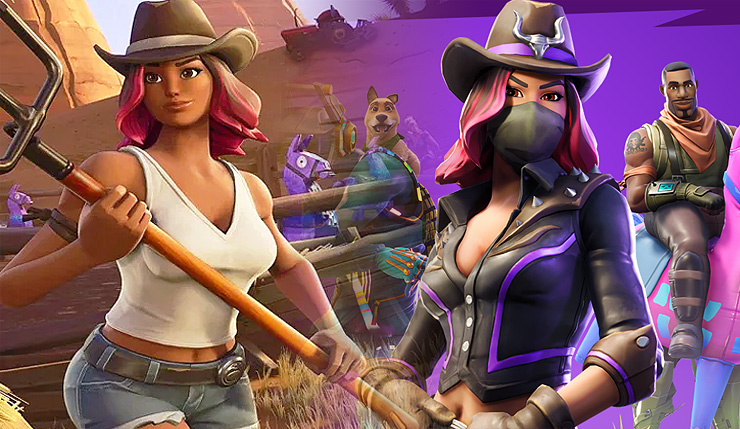 Fortnite’s big season six update, Darkness Rises, dropped yesterday, bringing the usual array of map tweaks and cosmetic goodies, as well as a rather unexpected new “feature.” The Season 6 Battle Pass includes the new Calamity progressive skin – you can earn new bits and pieces for the skin as you work your way through the Battle Pass, but it starts as a pretty basic tank top and cutoffs outfit, with some not-so-basic physics. You can see what I mean, below.

The most important thing in the Season 6 update pic.twitter.com/FrnzFsF1Fl

The new physics only showed themselves when doing the Jubilation emote, but, needless to say, they still got Fortnite’s core 15-year-old fanbase talking. They also got Epic Games talking, who quickly issued an apology for the bounciness.

“This is unintended, embarrassing, and it was careless for us to let this ship. We are working now to fix this as soon as possible.”

And Epic made good on their word, quickly disabling the animation in question...

We have disabled elements of our animation system. This means you may see visual issues with some outfits. Thank you for your patience while we work through these issues!

[Adopts serious scientist voice] per my research, Epic’s “unintended” animation is a fairly realistic representation of what might happen if an ample-chested, apparently braless, woman did the Jubilation dance. I don’t necessarily think Epic has anything to be embarrassed about. Of course, despite its T-rating, a lot of young kids play Fortnite, and none of the game’s other female characters or skins have these physics, so for the sake of consistency, and the children, it makes sense to nip this in the bud. Now, the real question -- how did this accidentally end up in the game in the first place?

As mentioned, Fortnite just launched it’s new Darkness Rises update, which includes all manner of Halloweeny stuff, including some ghoulish skins, a spooooky map update, and the new Shadow Stones, which basically turn the player into a living shadow when consumed. Also, completely unrelated to the spookiness, Darkness Rises also adds new adorable pets you can earn. You can get more details, right here.