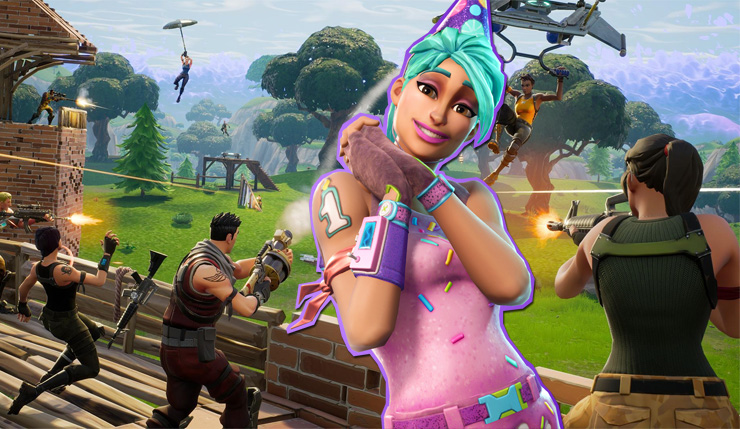 It seems hard to believe that Fortnite, which celebrates its first birthday tomorrow, has only been around for a year. Fortnite has been so successful, so written about and obsessed over, that it feels like the game has been with us for a decade.

Of course, Epic Games is rolling out a big patch for Fortnite’s first b-day. It includes a new set of Birthday Challenges and gear, the return of the sandbox Playground Mode, and a weapon for Battle Royale, and the new “Canny Valley” campaign missions for the original Save the World version of the game.  It should be noted that the Birthday Challenges haven’t rolled out for all players yet, but Epic is promising they’ll show up when the store refreshes at 8pm ET.

Playground is a low-pressure environment where friends can let their creativity run wild. Build massive structures. Practice with the weapons and items. Fight against your friends. This mode returns with improvements for a limited time on Wednesday, July 25. Have fun!

Dupe Prevention added to ALL Llamas!

Urban Assault Sledgehammer Soldier is available in the Event Store

The following heroes can now be recycled or collected, and consume inventory space:

Note that all players will receive 25 free inventory spaces as a free Birthday gift, so this change should not cause overflow.

Be sure to check the Store daily. You never know what may rotate in!

Added cosmetic items for Battle Royale to all Founder's Packs. All current and new founders have been granted the following:

Phew! That’s a lot of stuff! And I didn’t even include the myriad of bug fixes and minor balance tweaks. If you want to check out the 100-percent-complete patch notes, you can do that, right here.