Forspoken to Release in May 2022 on PC and PlayStation 5; New Trailer Released 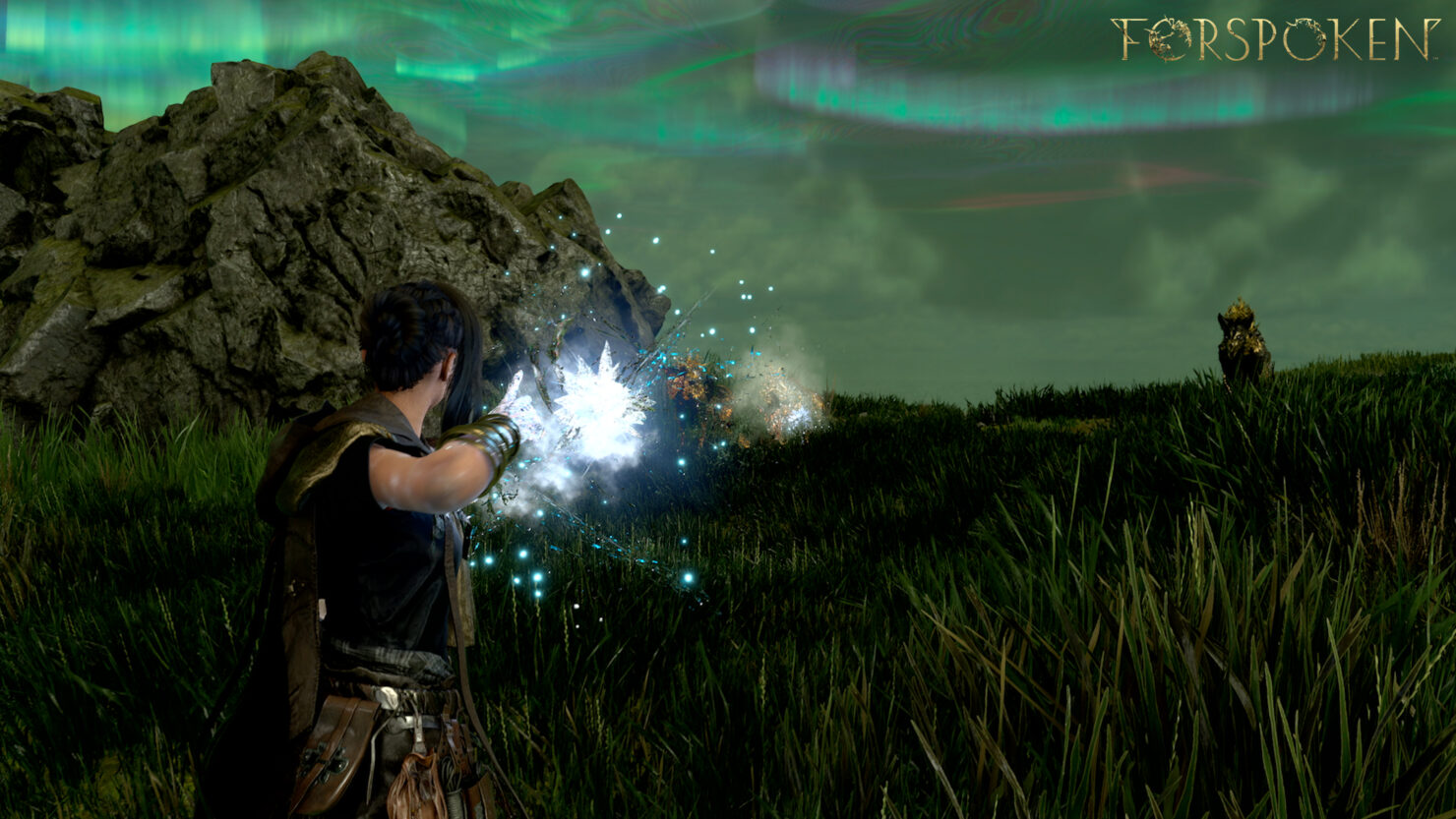 Forspoken, the first game from Luminous Productions, will release in May 2022, publisher Square Enix confirmed.

During The Game Awards 2021, the Japanese publisher confirmed that the game will release on PC via Steam, Epic Games Store, and Microsoft Store, and on PlayStation 5 on May 24th, 2022.

A new trailer providing a new look at the Forspoken gameplay has also been released, and you can check it out below.

More details have also been released on the Forspoken Digital Deluxe Edition, which is now available for pre-order. This special edition of the game will include a Rare Resource Kit, Mini Artbook, Mini Soundtrack, and the Forspoken: In Tanta We Trust prequel story DLC. The Resource Kit will be exclusive to the PlayStation 5 Digital Deluxe Edition. 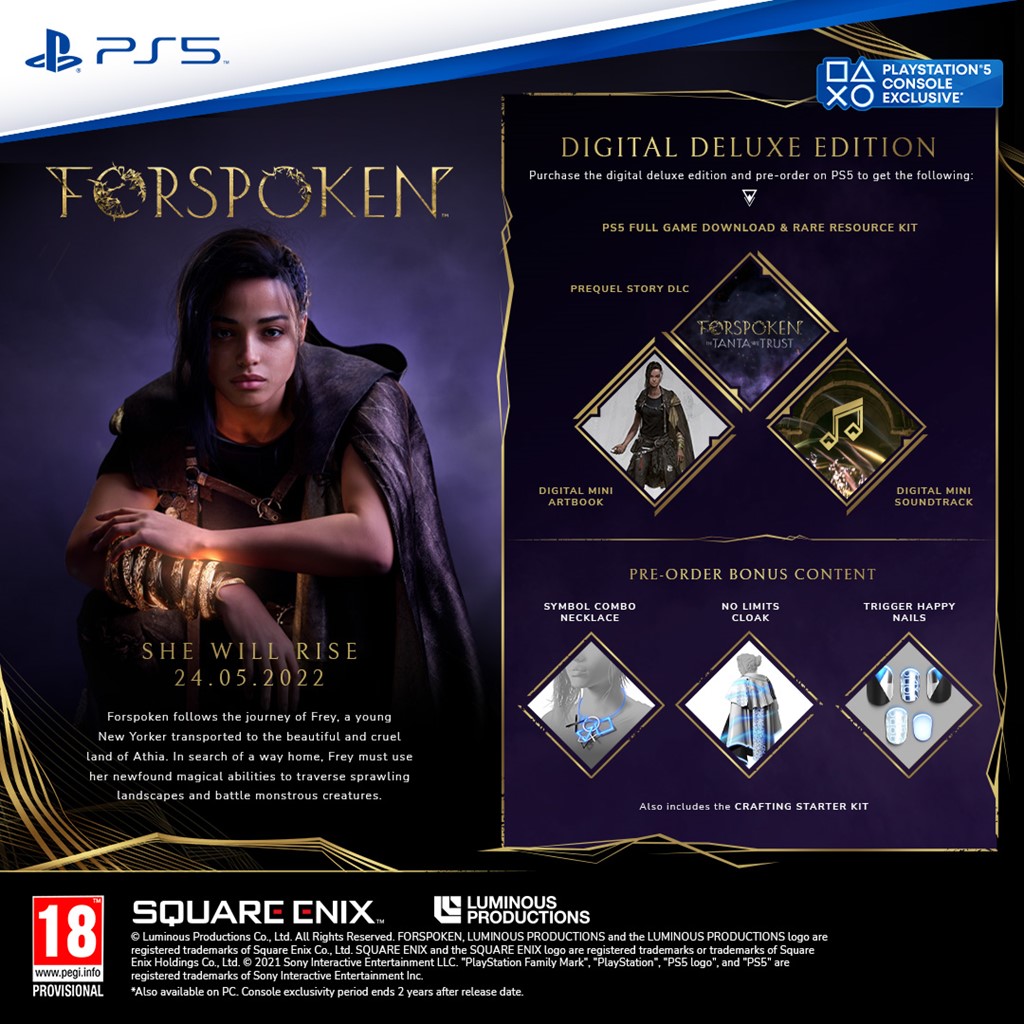 Forspoken launches on May 24th, 2022 on PC and PlayStation 5 worldwide.

Mysteriously transported from New York City, Frey Holland finds herself trapped in the breathtaking land of Athia. A magical, sentient bracelet is inexplicably wrapped around her arm, and Frey discovers the ability to cast powerful spells and use magic to traverse the sprawling landscapes of Athia. Frey nicknames her new golden companion “Cuff” and sets off to find a way home.

Frey soon learns this beautiful land once flourished under the reign of benevolent matriarchs, called Tantas, until a devastating blight relentlessly corrupted everything it touched. The Break  transformed animals into beasts, men into monsters, and rich landscapes into four dangerous realms. At the center of their shattered domains, the Tantas now rule as maddened and evil sorceresses.

Unaffected by the Break and desperate for answers, Frey reluctantly agrees to help the last remaining citizens of Athia who see her as their only hope. Frey’s journey through this strange and treacherous land will take her deep into the heart of corruption where she must battle monstrous  creatures, confront the powerful Tantas, and uncover secrets that awaken something much more from within.