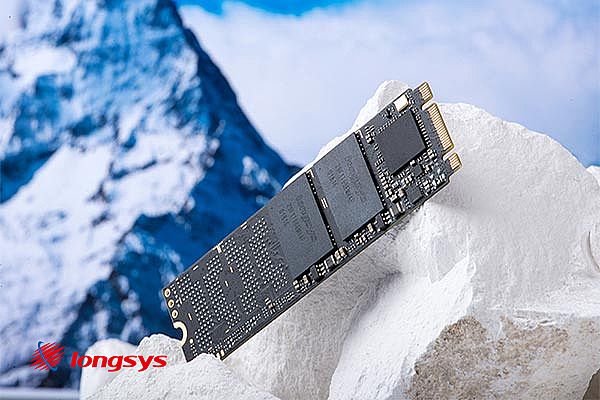 FORESEE announces the P800 M.2 NVMe SSD based on the Longsys' embedded storage brand. This SSD supports the NVMe 1.3 protocol and meets PCIe Gen3 x4 standards. This SSD offers various capacities of 256 GB all the way up to 1 TB; this SSD also features sequential read and write speeds of up to 3,5000 MB/s and 2,000 MB/s, respectively.

The P800 M.2 NVMe SSD uses both the Marvell 28 nm DRAM-base master control and original 3D TLC chips, which provides the SSD's performance. This SSD can support the mainstream NVMe 1.3 protocol and features the M.2 2280 form factor. This form factor sees the SSD feature a 22 mm by 80 mm, which is commonly supported by many motherboards. This SSD meets the standard PCIe Gen3 x4 standard, although this NVMe SSD is stated to be DRAM-less. 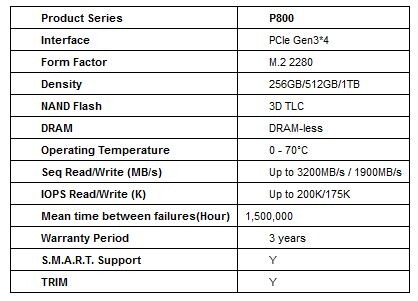 The P800 NVMe SSD offers a sequential read and write speed of up to 3,200 MB per second and 2,000 MB per second, respectively. These speeds can allow any computer that uses this SSD to boot incredibly quickly. This SSD features various capacities, including 256 GB, 512 GB, and 1 TB.

The P800 SSD can support lowered power consumption to help terminal devices keep a lowered power consumption and increase battery life. These features keep the SSD from needing to be replaced for a considerable amount of time. This SSD features an operating temperature range of 0°C all the way up to 70°C, allowing this SSD to operate in even higher ambient temperature locations and situations with no loss in performance.

This SSD is developed by the Longsys team, which saw that the main control chip and NAND chips were optimized at the bottom layer to meet diverse application environments' requirements. The P800 also features a temperature control algorithm that balances both speed and temperature during high-end workloads.

The P800 SSD also comes with a three-year warranty that is perfect for terminals and PC builders who don't regularly replace the SSD. This SSD features support for both the S.M.A.R.T and Trim features to enable a longer life span and enhanced reliability.