Many automobile manufacturers entered the market of smartwatch apps and some of them, such as Hyundai and Volvo, have successfully launched their smartwatch apps as well. Ford is also joining hands with Android smart wear as well as Apple’s Watch with an app of its own.

The app is called MyFord and is available on both Android and iOS smartwatches. The owners of the car can lock and unlock, check the battery charging status, see the mileage from a previous trip etc. from the comfort of their wrist. Best of all it will allow you to know the location of your car in case you forget where you parked it, making life a lot easier.

“The app gives drivers the ability to quickly check important data like available range before leaving on a journey – without having to access the mobile application on their smartphone,” said David Hatton, Ford manager, Connected Vehicles and Services. “The app can also notify users when their car is fully charged, helping a driver be courteous to other electric vehicle owners so they can free up the charging spot or avoid fees applied at some charging stations when you overrun your time after the charge is complete."

It’s not something out of the blue, since Ford teased it Apple watch project a while back in April during an event in its Silicon Valley research centre. So this, coming out of the R&D section of the company so quickly isn’t much of a surprise. Technological advancement will lead to more car companies coming to similar terms with new apps being introduced, as the car industry is really competitive one step back and you may have to suffer big losses. Ford has taken its step and now I believe it’s time for others too. 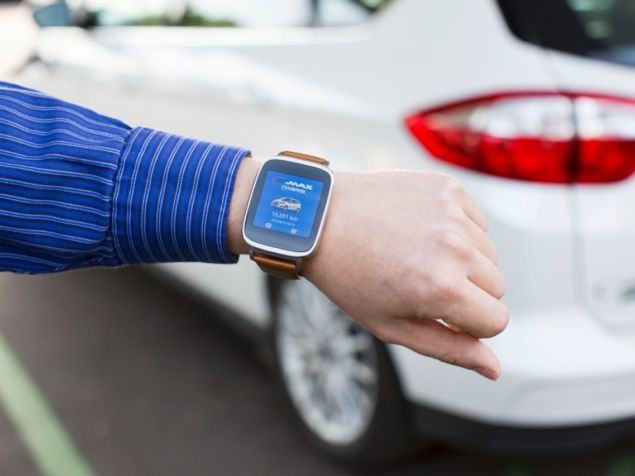 The MyFord app also features personal driving score, indicating how well or bad you drive by calculating the average miles per gallon of different trips and then giving a score. It also shows the distance travelled and also the amount of acceleration and deceleration by the driver in a given time. The cars compatible with MyFord are Ford’s electric and plug-in hybrid cars namely, Ford C-MAX Energi, Ford Focus Electric or Ford Fusion Energi all can work in sync with this new smartwatch app so if you have any of them along with a smartwatch then download the app and enjoy the features. 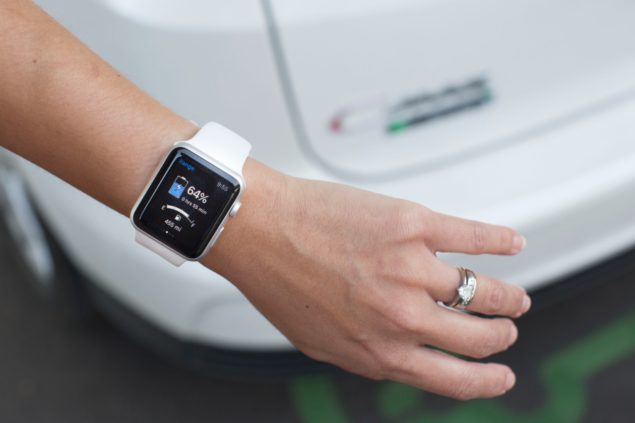 The smartwatch app in not for the full line up as of now and there has been no word on whether Ford will be considering giving them a try. Everything may be dependent on the success of this app. Ford only launched MyFord for electric and plug-in models because they are highly equipped with cellular modems which Ford’s other lineup doesn’t. Let’s see what Ford has in plan for the future, we’ll keep you in the loop.