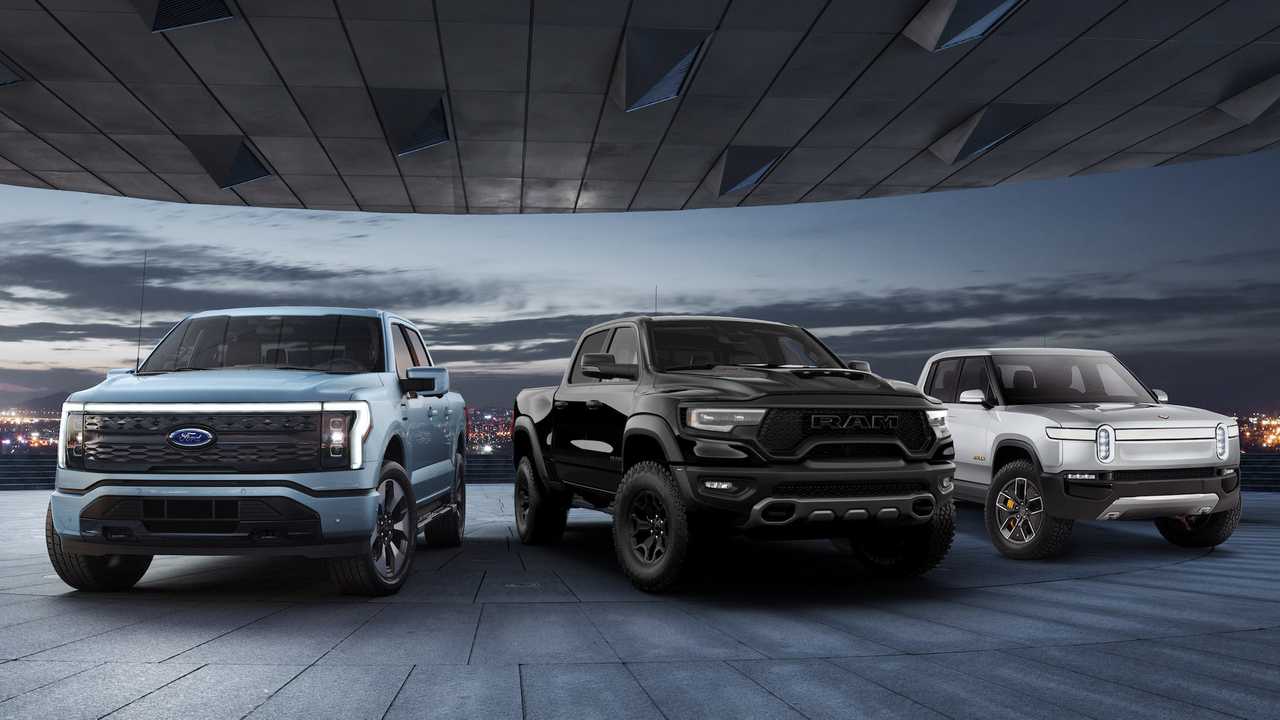 Ford (NYSE:F), a legacy automaker that is quickly scaling an ambitious electrification ramp, has registered gains of around 15 percent since the start of 2022, thereby clinching the coveted $100 billion market capitalization.

While Ford shares are benefitting from its management’s ambitious electrification plans, the recent rally is also receiving a boost from the perceived shortcomings of some of Ford’s biggest rivals.

As far as Ford’s intrinsic bullish factors are concerned, the company has now doubled its production capacity of the all-electric Ford F-150 Lightning to 150,000 units per annum at the Rouge Electric Vehicle Center in Dearborn, Michigan. The company has already started to convert some reservations into formal orders, with deliveries now expected to commence in the next few months.

Of course, as stated earlier, Ford is embarking on an ambitious electrification ramp, with the company planning to invest $30 billion through 2025 in this transformative initiative, including three new BlueOval battery plants in collaboration with SK Innovation. Pickup trucks remain one of the most popular vehicle segments in the US. With the electric F-150 priced at $39,974 before the application of tax credits, the truck is expected to be a very attractive proposition for a large segment of the overall pickup truck market. The Ford 2022 E-Transit van is also expected to hit the roads this year. Moreover, Ford expects the production capacity of the Mustang Mach-E to reach 200,000 units by 2023. By 2024, the company expects its total electric vehicle manufacturing capacity to hit 600,000 units.

Tesla (NASDAQ: TSLA) and Rivian (NASDAQ: RIVN) Have Both Dropped the Proverbial Ball

Tesla’s (NASDAQ:TSLA) Cybertruck was supposed to capture the first-mover advantage in the electric pickup space. However, the EV, which was unveiled back in 2019, is unlikely to hit the road even in 2022. To wit, the company has now removed all references to the year 2022 from the Cybertruck order website, leading many to conclude that the vehicle would only be able to hit the roads in 2023. This means that the electric Ford F-150 will start retailing much earlier than the delay-stricken Cybertruck.

For its part, Rivian (NASDAQ:RIVN) recently revealed that it produced 1,015 vehicles and delivered 920 of those to customers in 2021. The company had delivered the first R1T electric pickup truck back in September 2021. Moreover, it delivered the first R1S electric SUV in December 2021. Nonetheless, unlike Ford that has decades of manufacturing experience, Rivian has been plagued with production line problems. This means that Rivian won't be able to compete with Ford when it comes to mass deliveries, at least in the near-term. Additionally, Amazon recently inked an order with Stellantis for an undisclosed volume of the latter’s Ram ProMaster battery-electric vehicle, due to be launched in 2023. Bear in mind that Amazon has already ordered 100,000 units of an electric delivery van from Rivian. While the two orders are superficially unconnected, many analysts have interpreted this development as a case of Amazon hedging its bets in light of Rivian’s ongoing production kinks.

As stated earlier, Ford has now reached a market capitalization of $100 billion. Moreover, it is now ranked as the fifth-largest automaker by market cap, just behind China’s BYD. While Ford’s intrinsic bullish factors have played a significant role in boosting this ongoing bullish tide, it is indisputable that both Tesla and Rivian have dropped the proverbial ball, thereby allowing Ford to play catchup in an uncommon case of rebound. After all, it was not that long ago when many analysts were dismissing Ford as an analog dinosaur in a digital age.