For Honor Provides a Deep-Dive Look at Year 3, The Game’s Latest Hero, Map, and More 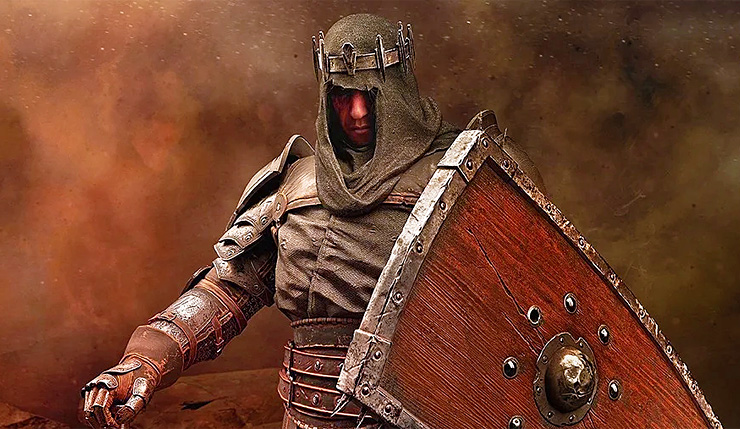 Ubisoft recently confirmed their multiplayer brawler For Honor would be getting another 12 months of content and revealed Year 3’s first new Hero – Vortiger, The Black Prior. Well, now they’ve revealed a whole lot more in a series of new videos. First up, a Year 3 deep dive, which teases a new “cataclysmic” storyline, events, customization options, and more. Check it out, below.

Meanwhile, here’s a making-of video for Vortiger, The Black Prior…

…and a first look at the new Harbor map, a complex and busy-looking battleground centered around a large cargo ship.

Need even more footage and details? Well, how about you check out the three-hour-plus Vortiger launch edition of the Warrior’s Den livestream?

Year 3 kicks off next week with a big update. Here are the For Honor v2.04 patch notes:

The Black Priors are protectors of the battlefield. Masters of the sword and shield, their powerful defense is their offense. Bulwark Stance allows them to block attacks from all directions and Bulwark Counter can negate any attack as long as it is timed correctly.

Developer Comment: The goal of these Shugoki improvements is to allow the Shugoki to initiate combat, and sustain it into a mix-up allowing a potentially successful finisher. Further, Shugoki should be able to sustain pressure even after landing the Finisher (especially if done with Demon’s Embrace).

Developer Comment: The goal of these Peacekeeper changes is to improve the ability for Peacekeeper to perform enough damage in striking, get kills, and get executions. Before Peacekeeper’s damage was lowered in Season 6, she was very strong – now that she has useful Dagger Cancels, we’re trying to find that mid-point where damage is good enough, but not quite as high as before.

Developer Comment: The goal of these Warlord improvements is to remove the 1v1 power of the Crashing Charge. We’re not happy with Out of Lock attacks being the defining feature of a character in 1v1 situations, so here we instead emphasize Warlord’s Locked combat abilities by giving him new chain options, and improving the basic attacks.

Developer comments: To improve For Honor matchmaking accuracy, we’re updating the methodology to calculate Player Skill. Now, only the win/loss will be taken into account, all the layers linked to the player end match score (Kills, Renown, etc) have been removed. This change is effective in all modes, both ranked and unranked.

Developer comments: New rewards were added to the pool of Arcade rewards. They follow the same rules as before. If you already looted all the Crimson Conquest Effects, you will start getting Pink Plasma Shock Effects. If not, they will be mixed in the pool.

Discover new Legendary gear, for the Heroes that released before Year 1 Season 1 by looting and scavenging the battlefield:

The Black Prior come with:

Developer comments: We added new weapon and armor variations allowing for even more customization options for all of your heroes. With the recent release of the Wu Lin faction, they received one extra Legendary armor set.

Following the community feedback, we modified the selection of Heroes to be show cased on the Main Menu to provide more diversity. The Black Prior will be prioritize but only during the first weeks of the Season.

Developer comment: Due to multiple players running into performance issues caused by controller drivers and how the game is set to detect multiple input methods, we added the option to select the controller type used and force the game to only accept inputs from this type. The option should be kept at “Auto” if no issues are experienced at all.

If you want to know about every minor bug fix and tweak included in the For Honor v2.04 update, you can check out the full, unabridged patch notes, right here.

For Honor is available for PC, Xbox One, and PS4. The above update drops on January 31.