For Honor Shows Off Its Next Year 3 Hero, The Ghostly Hitokiri Warrior, Sakura 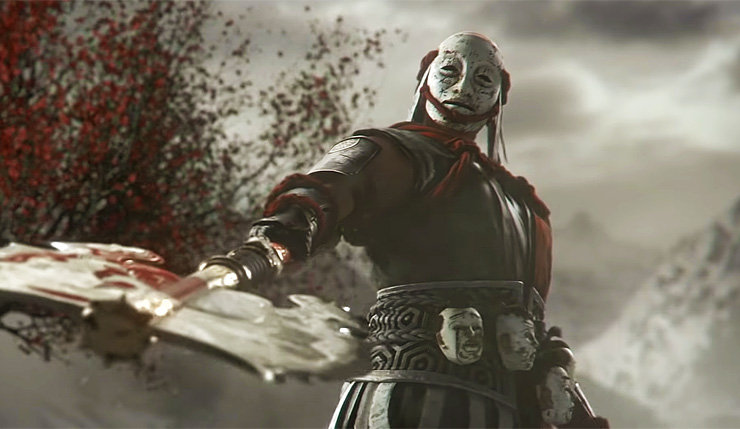 For Honor is kicking off Season 2 of its third year of content next month, and, as usual, the update will come with an all-new Hero! Sakura, the Hitokiri warrior is certainly a unique addition, with her creepy, ghostly appearance and rather terrifying-looking axe. You can catch a quick glimpse of Sakura, below.

The Hitokiri are ghostly warriors who have lost all faith in humanity. They wander the land clutching their Masakari, the mighty axes they used to sentence and execute criminals, their presence on the battlefield spreads a black cloud that can terrify their enemies. This new archetype will have both female and male versions: Sakura and Yato. In addition, Year 3, Season 2 will introduce additional Hero updates to improve the roster, focusing on the Lawbringer and the Raider, as well as a new map, Canopy, that will be added free for all For Honor players.

The trailer doesn’t give much indication about how the Hitokiri play, but that Masakari axe looks deadly and talk of them spreading fear on the battlefield could hint at some interesting mechanics. I’m definitely interested in seeing more of Sakura/Yato, and we’ll get that opportunity later this week. Ubisoft will be holding a Warrior’s Den livestream on Thursday (April 25), where they’ll be showing off the new hero and all the Year 3, Season 2 content.

Sakura will be available to For Honor Year 3 Pass holders on May 2. Everybody else can purchase the fighter on May 9 for 15,000 Steel. The Year 3 Pass will you back $30, and will include two more updates, each with their own Hero, after this one.

For Honor is available now on PC, Xbox One, and PS4. Anybody still playing Ubisoft’s brawler? Are you excited to get your hands on the new Hero?