Jump Into For Honor: Marching Fire – Open Test on the 6th September 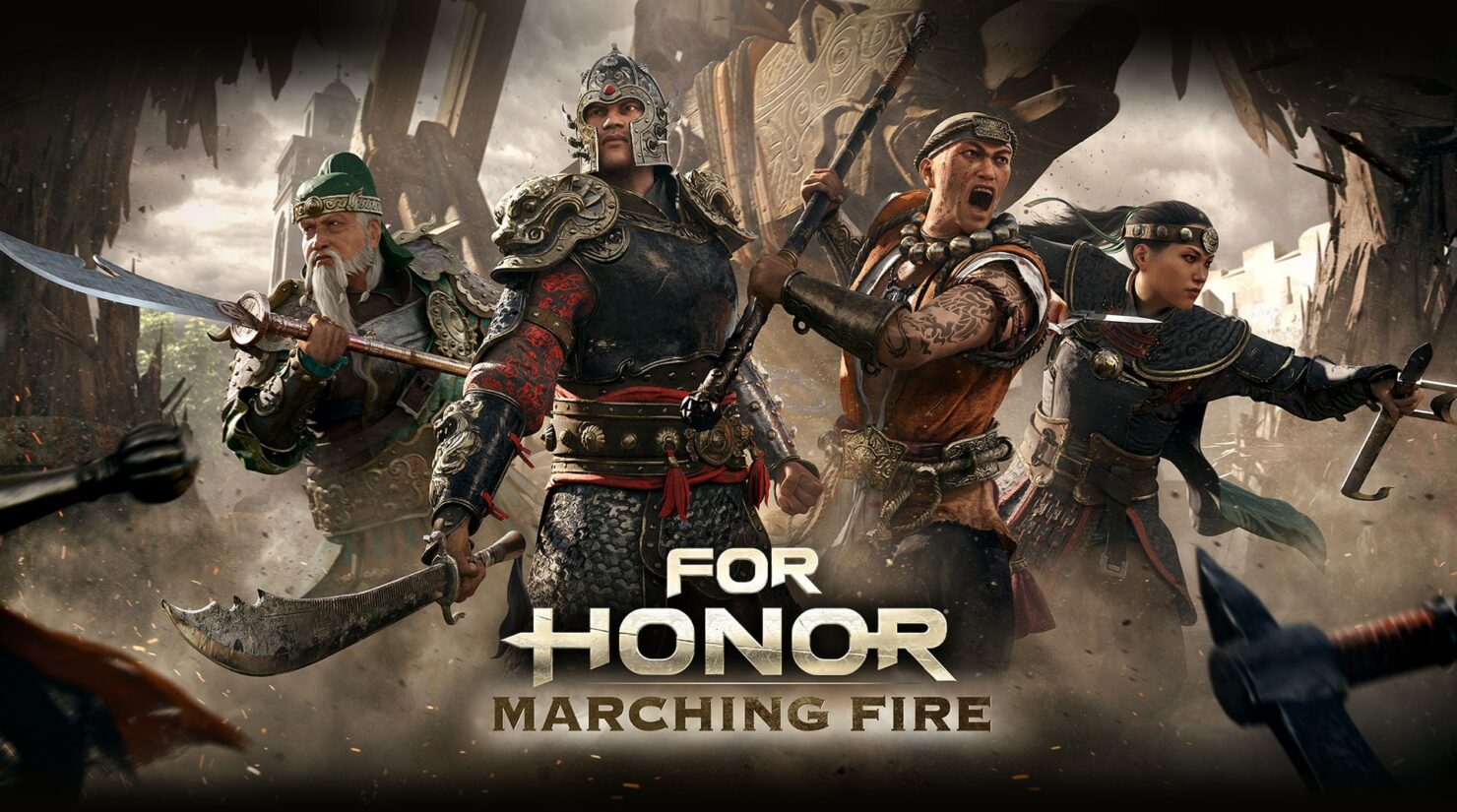 For Honor started fairly rough for Ubisoft. It wasn't the most well-received title by both the public and critics, earning mixed reviews, though our own Dave Aubrey was a fan. However, despite any rough starts, the game has turned into a veritable hit for the company, as covered in their recent quarterly financial report.

What matters right now is that in October the brand new expansion, Marching Fire, will come to For Honor in October. For those who can't wait to get their hands on it, you'll be able to try it out on Steam or uPlay between September 6th to September 10th. 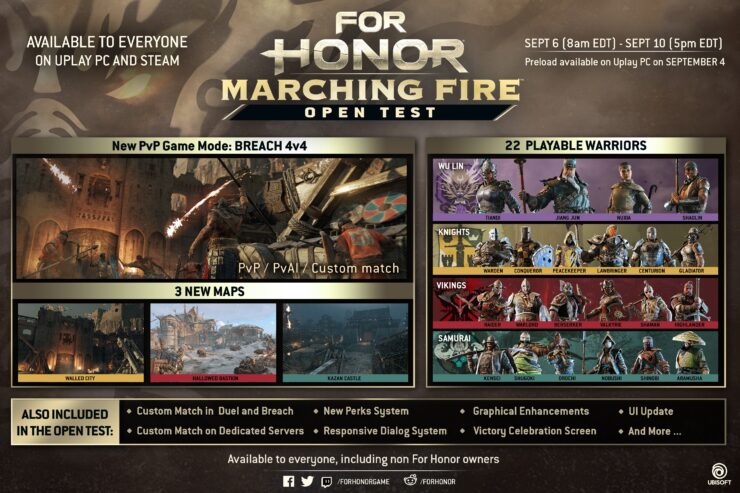 This new expansion to For Honor will bring forward a host of new features. These include the brand new Wu Lin faction with four brand new characters. Also, a whole new game mode is also being brought in, this being Breach mode.

Breach Mode is a strategic 4v4 PvP match which allows players to live the fantasy of storming or protecting a well-fortified castle. Attackers must work together to storm the castle gates and kill the commander of the castle, while defenders must either take down the battering ram or kill all attackers to protect the commander.

As well as this new game mode, the game will also have the brand new Arcade mode. This is a single player or co-op mode, placing you against randomly generated encounters. Rewards from Arcade will also carry over into multi-player and aims to offer infinite replayability. The game will also feature a victory celebration screen, a perks system to replace gear stats and a responsive dialogue system.

In the case of the open test, players will get access to the Wu Lin faction and the four fighters. In addition to that, they will be able to fight in the brand new Breach mode and on three new maps. The test will also feature the new responsive dialogue system, the perks system, visual enhancements - including the UI - and also the victory celebration screen.

Players can pre-load the Open Test on Uplay from the 4th of September. For Honor: Marching fire will launch fully on the 16th of October. Certain elements, such as the Breach mode, will be free to all current players. For those who want early access to the Wu Lin faction and also the Arcade mode, the expansion can be bought for £25.99/$29.99/€29.99.

It has been said that all players will be able to recruit these four new heroes using in-game Steel, after the early access period. The Arcade mode appears to be only accessible when you purchase the expansion.