Destiny is apparently the next most anticipated and highly awaited multiplatform cross-gen video game that will be released later this year. Being developed by Bungie, the game is an open-world science fiction multiplayer first-person shooter that holds a great hype around it. Destiny recently entered its beta testing phase and the developer announced that the game's beta on the Xbox One console will run at 900p, and while many believe the retail version of the game will also run at the same resolution, that is actually not the case. Here is the first-ever gameplay footage of Destiny running at native 1080p resolution on Xbox One. 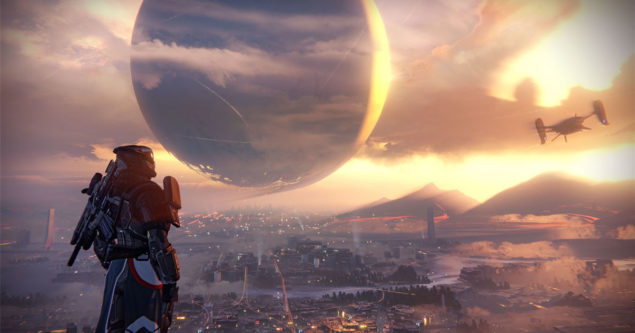 After alpha version of the game, Destiny beta is already up and running on the PlayStation consoles and thousands of fans are enjoying it. The beta will go live on the Xbox consoles in about a day and while users of all platforms will get a balanced fun treatment, Xbox One users will have to bear with native 900p resolution upscaled to 1080p. However, that doesn't mean the final retail version of Destiny for Xbox One will also run at lower resolution than native full HD.

Bungie has already announced that Destiny Xbox One beta runs at 900p resolution, but it is for sure that the developer is committed to hit the mark of native 1080p resolution for the final retail version of the game, and this proof is right here. Courtesy of IGN, we have a gameplay footage of Destiny that gives the first look at the game running at 1080p resolution and 30 frames per second on an Xbox One console.

According to the commentary, Bungie worked closely with Microsoft to optimize this version of Destiny for Xbox One, making the game perform graphically similar to the PlayStation 4. It looks like the developer also wants players to know that both the PlayStation 4 and Xbox One consoles handle Destiny similarly, as graphics engineer Chris Tchou states: "It's the same everywhere."