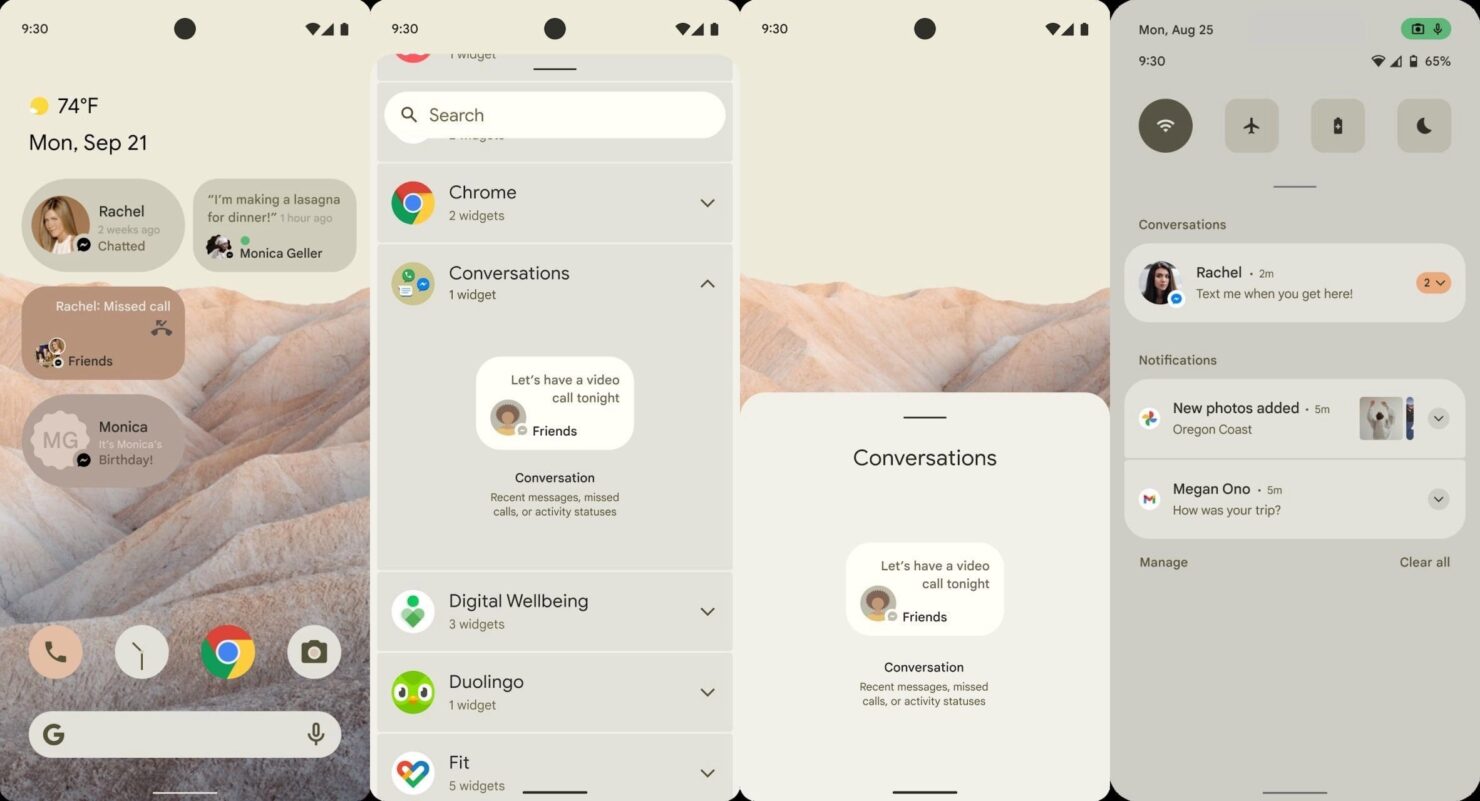 Google set a precedent last year by releasing the Android 11 Developer Preview earlier in 2020, and if that is to be followed, Google should be releasing Android 12 Developer Preview this month. With that said, ahead of the official announcement, we have a leak that gives us a glimpse of how Android 12 is going to look like, and if these screenshots are anything to go by, we will see a massive overhaul in terms of visuals.

It has been news for some time now that Google is hard at work to introduce an in-depth theming system for Android 12, and RKBDI revealed these design concepts from the Google briefings with OEM partners. The design shows a sand color that is pulled from similar-looking wallpapers of hills as well as dunes.

The sand accents are prevalent in a lot of other places like search bars and widgets. In addition to that, we even see numerous conversation widgets showing Recent messages, missed calls, and activity statuses. These widgets measure 2x1 and have features such as the sender's profile picture and the preview of the message.

In simpler terms, these mockups show how Google is planning on making the widgets on Android 12 even more functional than before.

In addition to that, we also see how theming has extended to the app icons. We see the Phone, Clock, and Camera app, where they match the wallpaper. The Pixel Launcher has also seen a change and is now left-aligned. You can see the screenshots below. 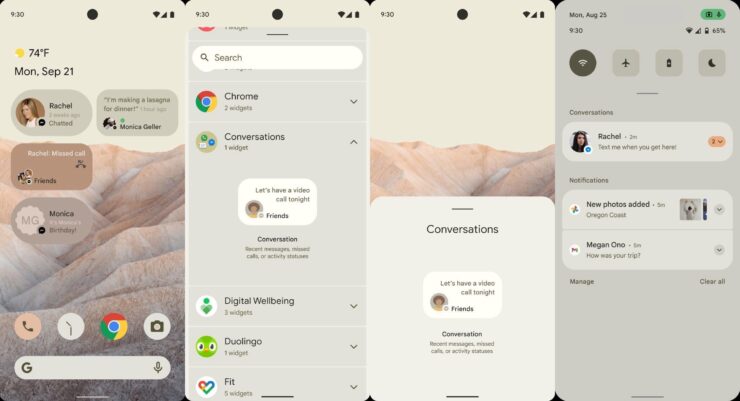 We can see a lot of the UI elements that look like they are made to assist the user in having a more comfortable navigation experience, and while we are sure that this sand theme is just that, a theme, we are not sure how things are going to look in the final version. Remember, this is by no mean the final version, and Google is supposedly going to make numerous changes before Android 12 is ready for the last release.

In addition to that, Android 12 will be more privacy-focused, as you can see in the above screenshot where it shows which app is using the camera or the microphone. There is also going to be a Privacy settings page that will show you the options where you can disable the camera and mute the microphone.

The Android 12 mockups look impressive, and we are looking forward to seeing what Google does with the Developer Preview that should be releasing later this month. We will keep you posted as there is more information available.